Chinese New Year is an auspicious time and this year we were particularly looking forward to taking the opportunity of a few days off to have a much deserved international holiday.  Well, kind of international, being that our destination was Xi’an in the north of China, but still the mental break of being well outside the borders of Hong Kong and having to actually fly somewhere made us feel like we were back to our jetsetting ways.

It had been well over a year since we’d left Hong Kong and, quite frankly, we were starting to climb the walls.  Plane tickets in hand, passports freshly minted with China visas, hotel booked and the terracotta warriors firmly in our sights it was off at a mad clip bright and early on the first day of our five day break far earlier than we wanted…our employer – while thoughtfully having provided our monthly salary cheques (yes, dark ages stuff) a day earlier than normal in the anticipation of all the broke-ass teachers fleeing the country at the close of the day – had post-dated them.  Neat.  Thinking we would have just enough time to line up, cash cheques and jump straight on the airplane, we hit the streets with our luggage alas quickly discovering that the bank we had to go to was the ONLY one in the neighbourhood with a 9.30am opening time, instead of 9am like all the others torturing us nearby.  A great start!

Worried then about not making our international check-in time, we flagged down a taxi, the rather expensive option, but determined not to risk missing our Holiday of the Year headed for the airport.  We checked in easily, with the rather large queue dispersing with that wonderful efficiency Hong Kong is known for, went through security and were off to find our gate number, which oddly wasn’t on our boarding pass, even at this late stage.  Finding a departures board, we were helpfully informed that our flight was going to be delayed by 2 hours.  Shortly after, a further 2 hour delay was announced.  Sigh.  Irate customers started lining up at the service desk, yelling and pushing, not getting a whole lot further than us who calmly smiled through the trauma. 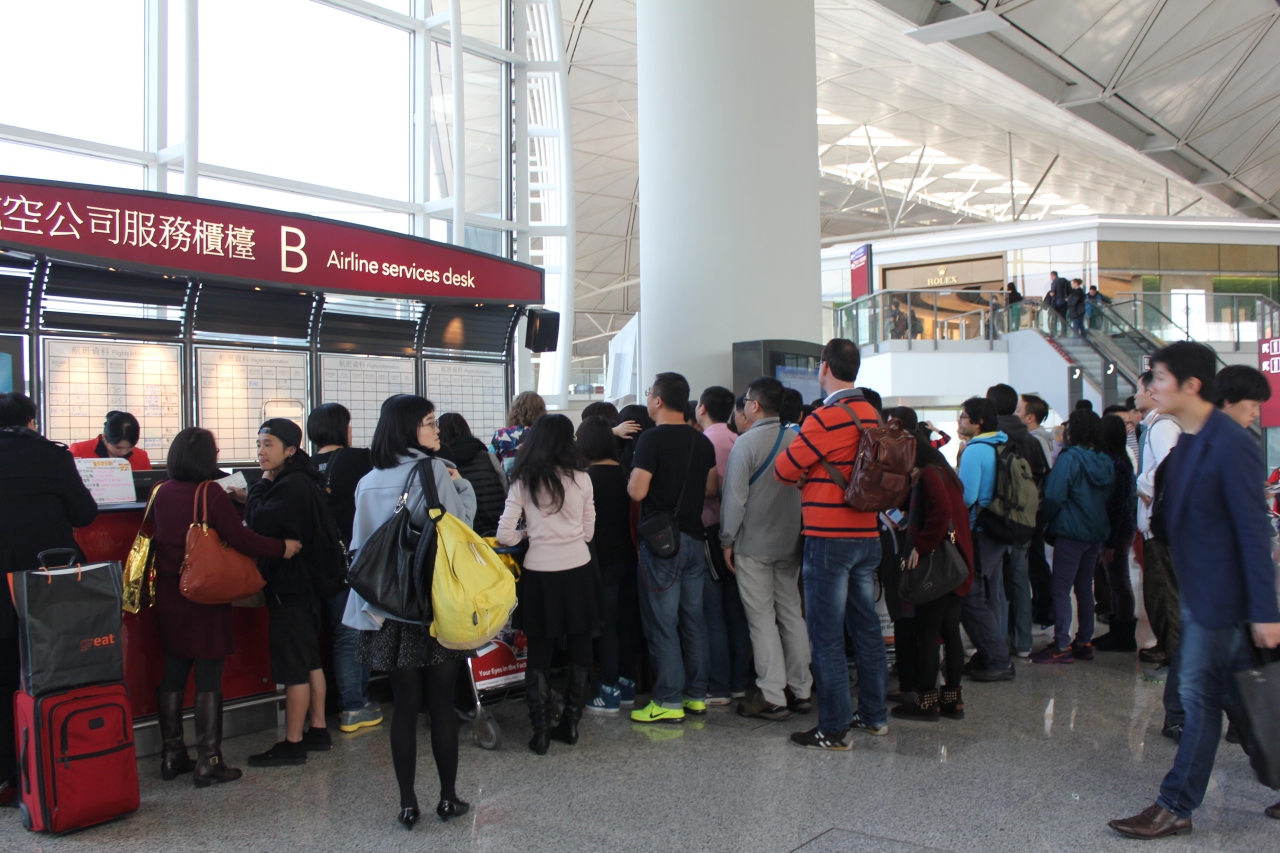 The delay was punctuated by the usual airport loudspeaker guff, like hearing everybody else’s flights boarding, instructions not to leave your bags unattended, blah blah, but also the new addition in light of the most recent outbreak of avian flu “Avoid chicken when travelling in Hong Kong and China.  Should you become ill, suffer from fever or flu-like symptoms, don a mask and contact a doctor immediately with full disclosure of your travel history”.

Shanghai, which was to be our connection, was covered in ‘fog’ (read: insane pollution) and all over the departures board flights there were being cancelled.  Somehow, our little flight held on and held on until finally being confirmed for a departure time of 4.40pm at which time we were bundled onto the plane.  Life was looking up again! 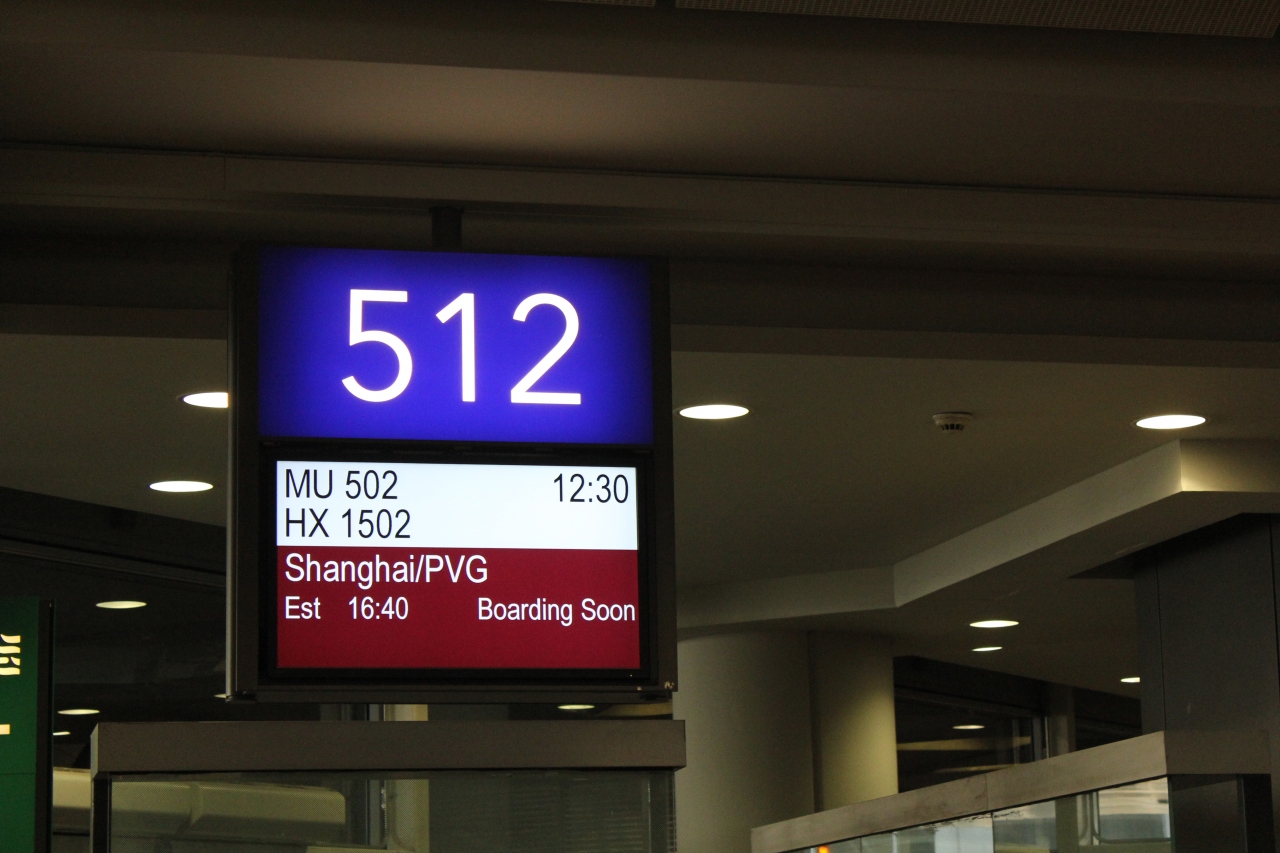 Whether or not we made our eventual connection to Xi’an that day or spent the night in Shanghai first, we were on our way out of the country!  Luggage stowed, tray tables in the upright position and seat belts fastened, we were ready to go…but apparently the plane wasn’t!  H-J fell asleep and woke up an hour later asking “are we nearly there?” to which came Dan’s reply, “no, we’re still on the tarmac”.  Where we remained and the time ticked past until possibly the worst sign short of actually being tossed back off the plane – they commenced dinner service!  WTF?!

With an outlook of growing darkness and twinkling runway lights, our tray tables were lowered and ceremoniously fell into our laps, each being broken on one hinge.  Oh well, we thought out loud, the only thing that could make this worse was  meal of chicken. 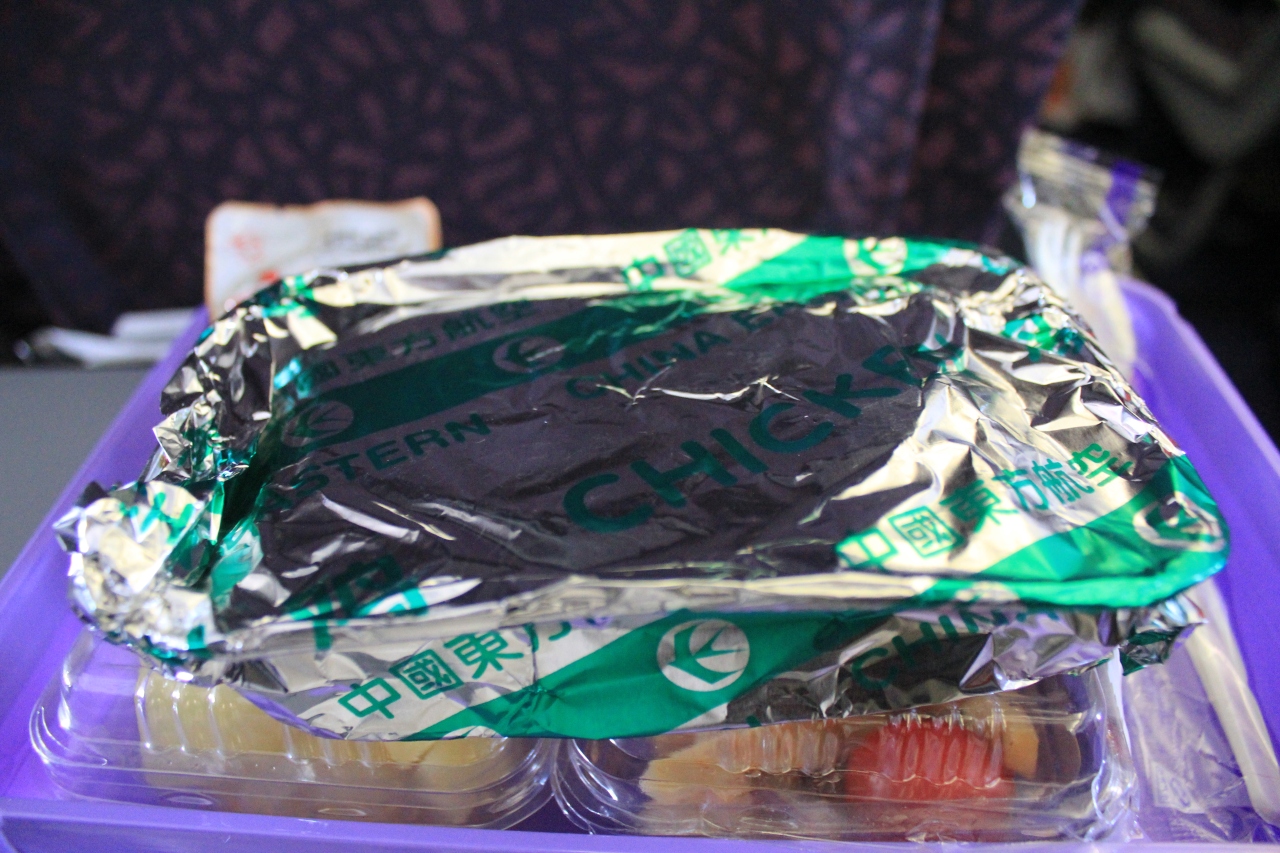 Somewhat hysterical with the giggles by now, the mood was lightened even further by the awesome inclusion our meal trays of a little vacuum-packed bag, labelled “Aviation Radish”.  Would it have the power to make our plane fly?! 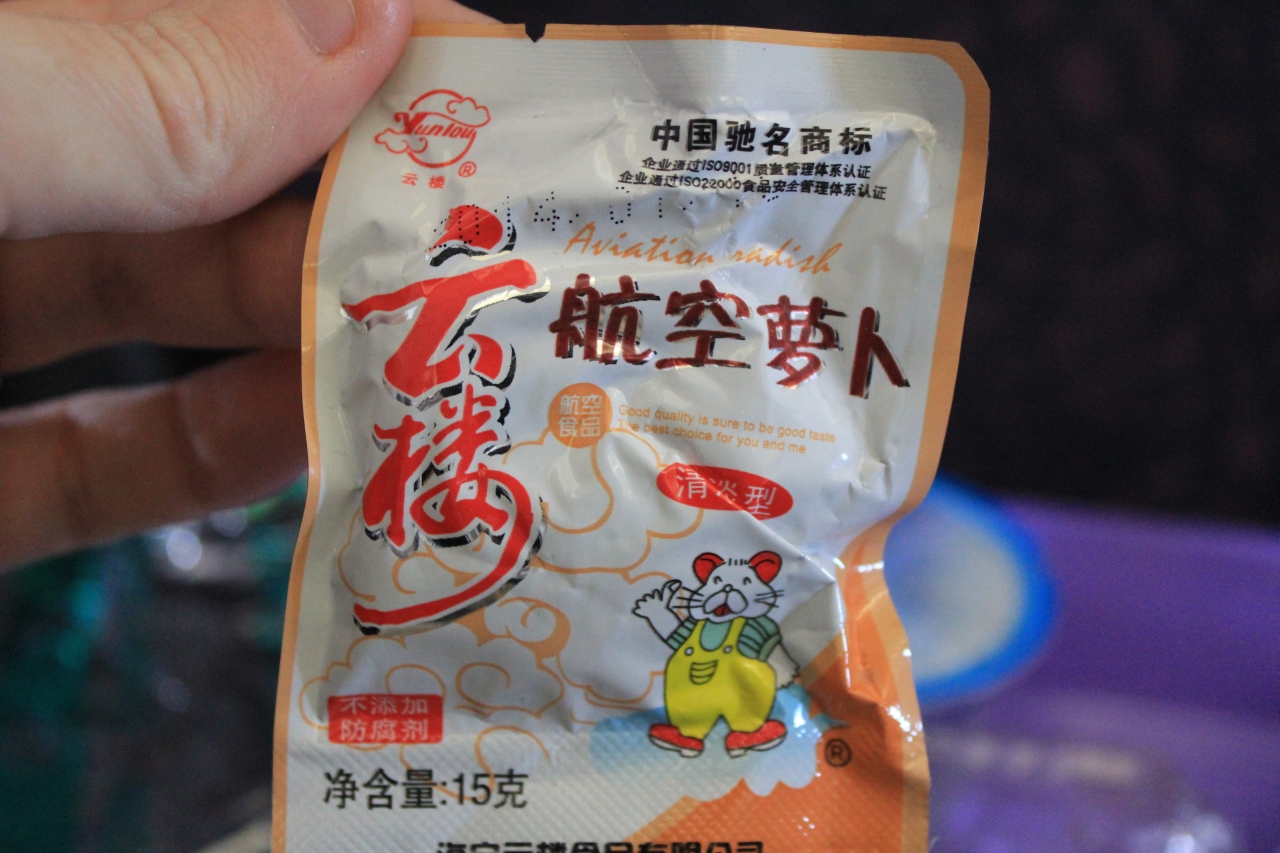 Turns out no, as after our death-feast, a round of Haagen Daaz ice-cream tubs and a total of around a 3 hour sit on the tarmac, we were evicted from the plane back into the airport to awaiting a further boarding call. 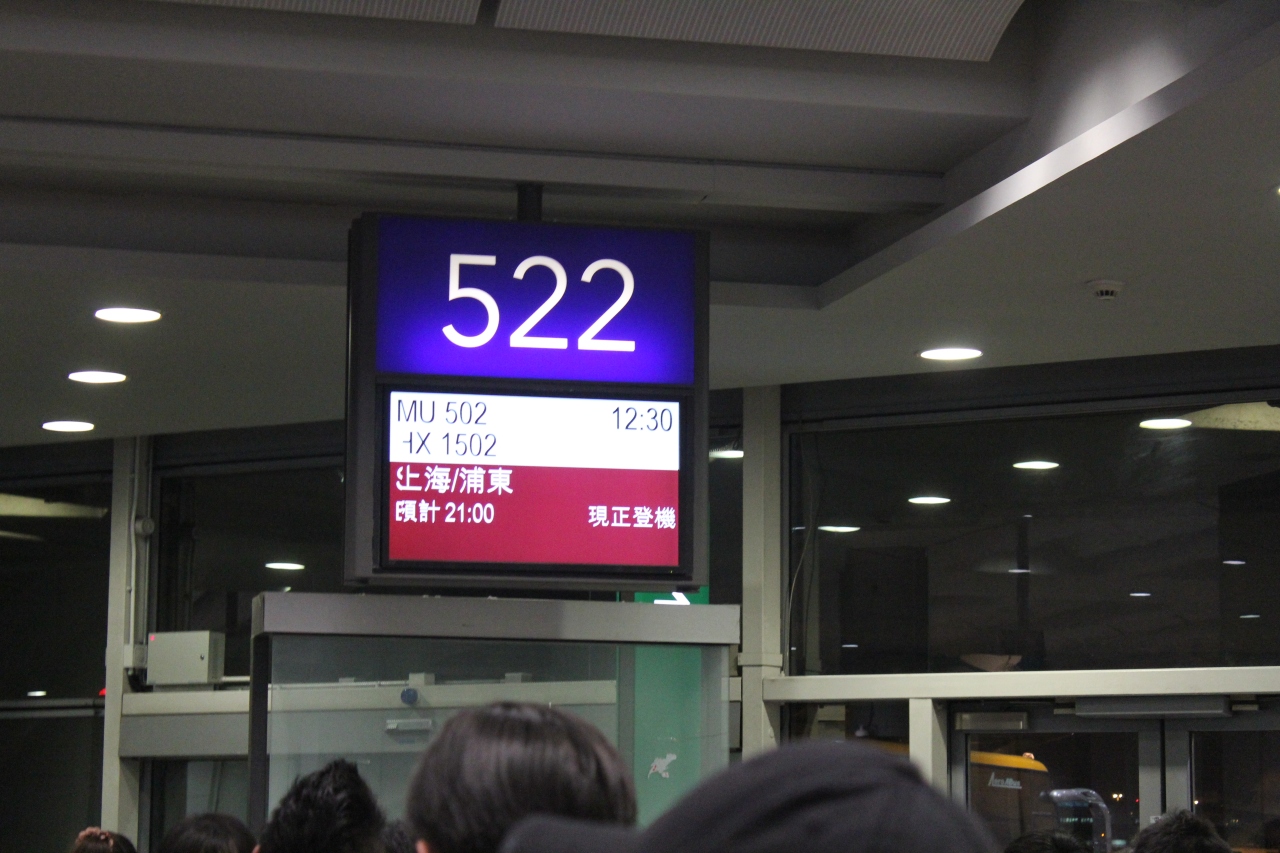 At 9pm it was back to the gate to board our flight again – yippee!  Here the sense of humour started to wane somewhat drastically as another considerable period time passed under the auspice of waiting for the last 9 remaining passengers to board the plane. Where the HELL had they been?!  Weren’t they around the preceding 8.5 hours where we were all trying to get out of Hong Kong?!  The long and the short of this, of course, was that the plane missed its flight cue and after more long hours of sitting on the tarmac, sometime in the middle of the night the plane actually did what planes are supposed to do and flew off into the sky. 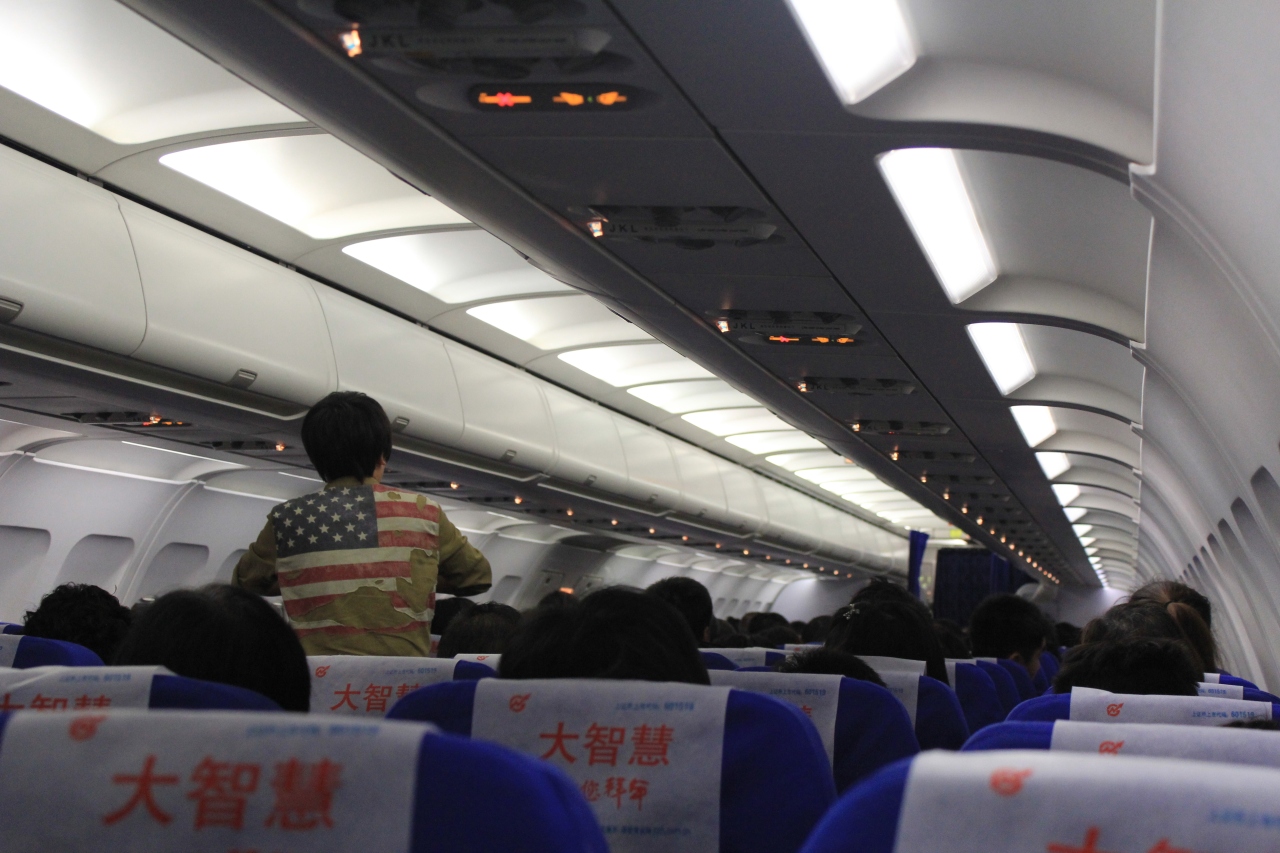 Somehow we weren’t surprised when just as the landing gears were shifting, we heard the captain’s dulcet tones over the loudspeakers announce that Shanghai was again now too ‘foggy’ to land so we were being re-routed to (indecipherable Chinese name), where we promptly landed and sat for yet more hours.  This even gave the flight staff enough time to sort out immigration procedures for those who didn’t have Chinese visas as it was looking like we’d be tossed out there, wherever ‘there’ was.  Through some act of the gods (aviation radish power?!) just as things were about to turn further pear-shaped, the crowd of fellow detainees started clapping as the multi-lingual announcements told us we were finally leaving for Shanghai!  We did and landed at 5.35am, 15 hours after our original departure time from Hong Kong airport.  FYI, Hong Kong to Shanghai should be a simple 2 hour flight. 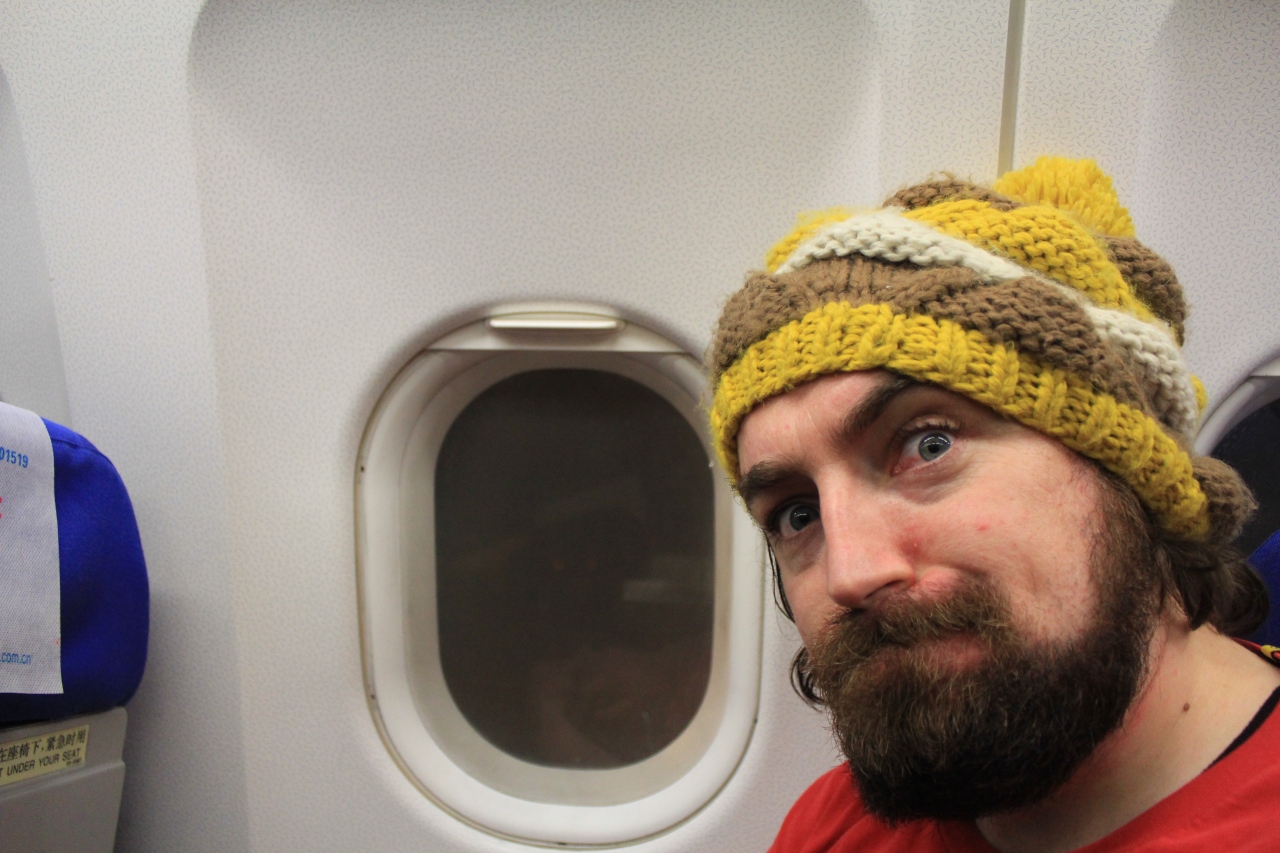 Having missed our connection to Xi’an by, oh, only 11 hours or so, we rushed through immigration to line up and await further instructions.  Aviation radish to the rescue again, we were given a flight time of 8am.  Seriously?!  It sounded too good to be true after all that had happened.  Up to the gate, which was this time clearly marked on our boarding passes, and seats were taken to await a boarding call.  And we waited.  And waited.  And waited.  Turns out the flight was delayed.  H-J promptly threatened to have a breakdown and go home, but instead lay down on a comfy airport bench, pulled her hat over her eyes and prayed silently to the aviation radish.

An hour later, we were on the plane and, most importantly, in the sky headed for our actual destination!!!

Arrival time in Xi’an – 1.35pm, 25 hours after our original departure time.  Exhausted but thoroughly stoked to finally be there, we set off for our hotel, courtesy of The Taxi Ride, full of giggles and reminiscences about those times in Hong Kong when everything went so smoothly that we had nothing to write about. 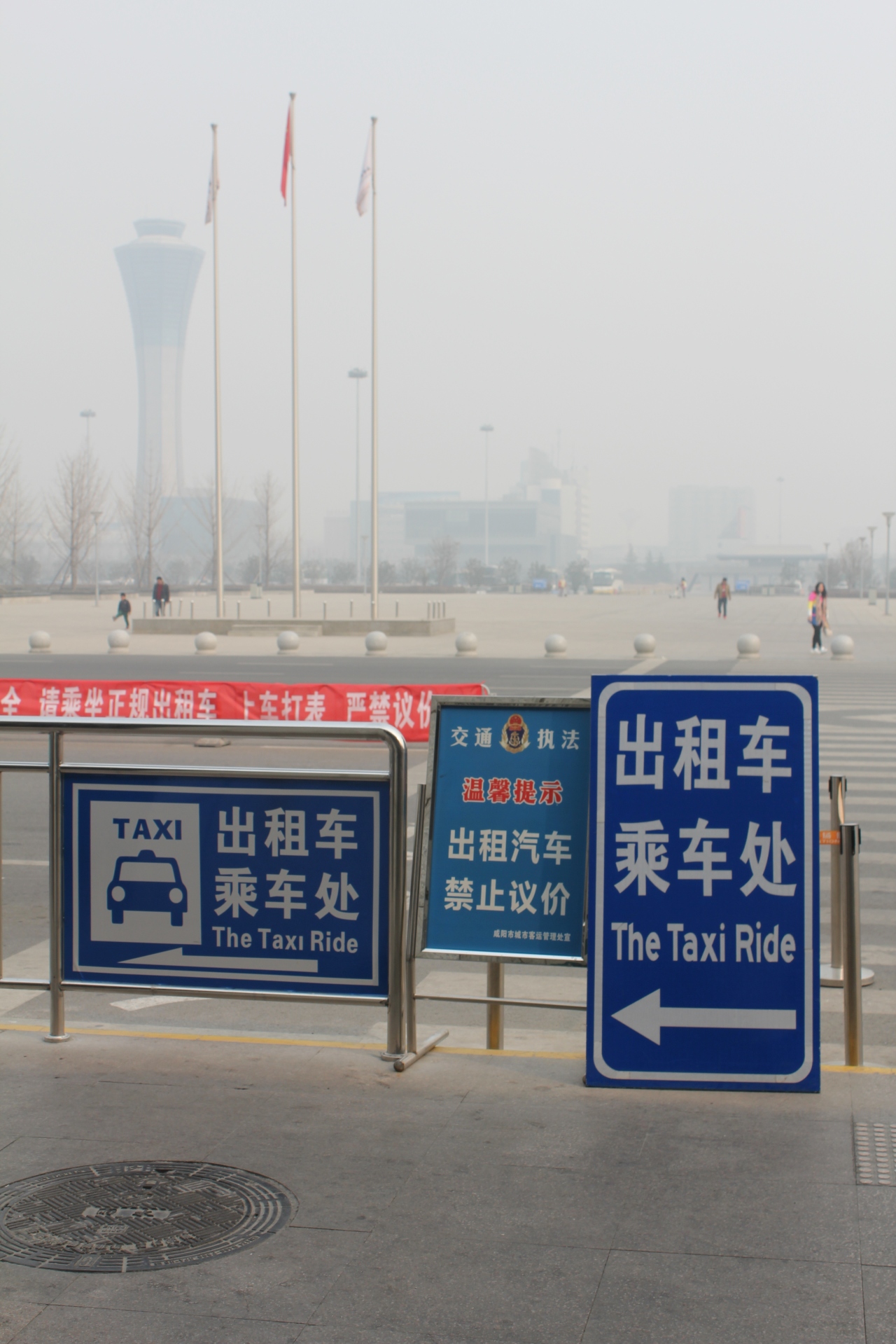