Human beings and salmon – what the news says about a country

Feeling somewhat cut-off from what has been going on around us (a symptom of living in a small village where no one speaks English!) we decided in our infinite wisdom to subscribe to the Korea Times – a newspaper for English speakers. 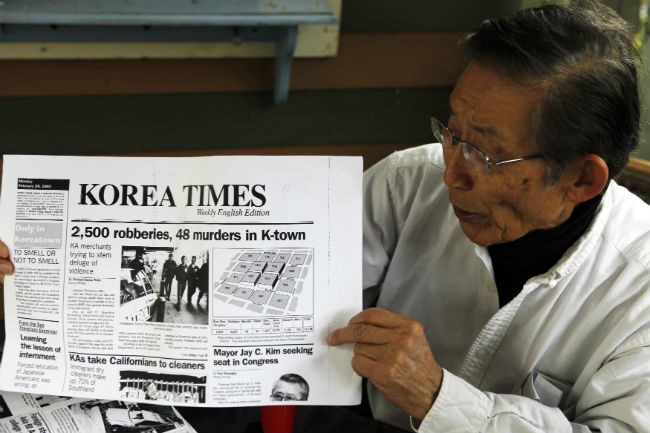 As well as the sheer delight of being connected a bit easier with the wider world, we thought this would also be a great way to find out more about the ins-and-outs of Korea as well as to get a bit of perspective on what outside news makes it through the Korea radar.  This is something we became particularly fascinated by when living in the Cayman Islands – around the time of the historic election where President Obama became victorious, the local rag, The CayCompass, featured more about the costumes that people would be wearing to the upcoming Pirate Festival than they did about the presidential race and election.  This somewhat opened our eyes to the fact that what we percieve as important and newsworthy might not be universal…

The Korea Times is now delivered straight to the internal front door of our apartment – much like being in a hotel!  No walking to the letterbox for us – we can simply open the front door in a state of undress and pick up our link to the wider world.  Luxury. 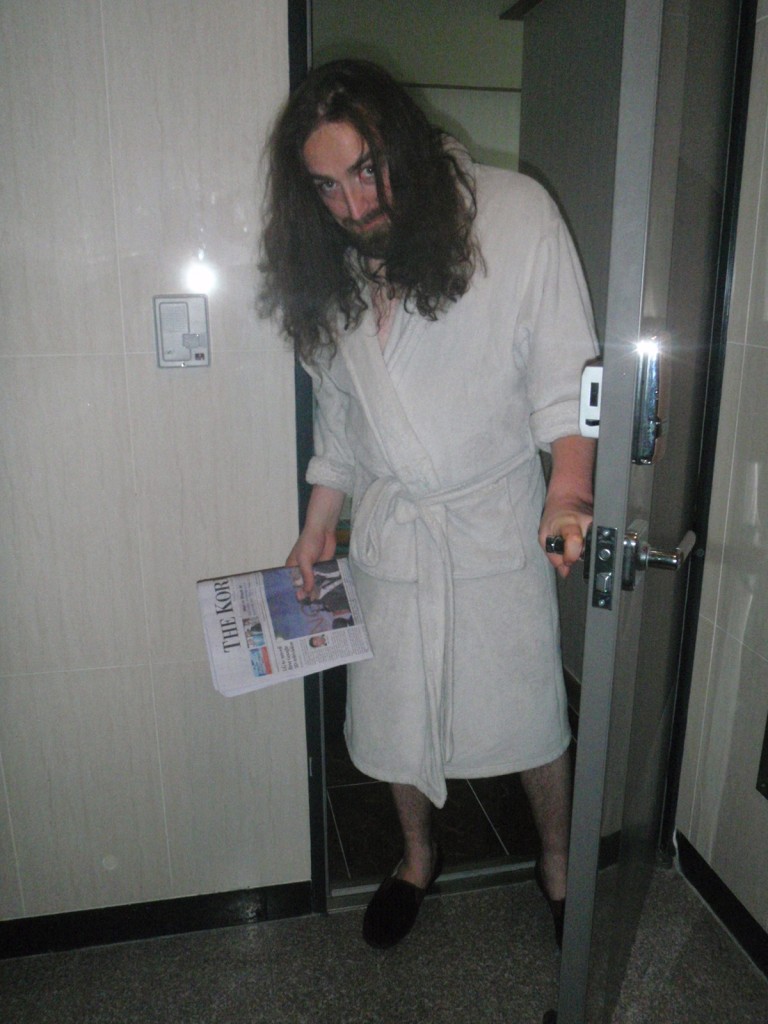 Being a Seoul based newspaper, there are a lot of fabulous events, exhibitions and gigis advertised that are far ourside our reach.  But The Korea Times more than makes up for this with some of its other inclusions…

Which brings us to some particularly fascinating articles that have made us sit down and write this blog.  We feel they are worth sharing for a number of reasons and give a great insight into a number of things.

Firstly, anything with the words ‘New Zealand’ in it is bound to capture our attention.  Now, South Korea makes it into the Kiwi papers with some regularity.  Recent articles back home have been about serious issues such as the proposed free trade agreement between the two countries, alliegiance when it comes to North Korea’s flouting of international laws, the state of Korean fishing ships (and their labour laws) within New Zealand waters and environmental issues with regards to over-fishing.  Pretty important stuff, we think.

In the couple of months we have been subscribers of The Korean Times, New Zealand has popped its head up at this end…with an extremely newsworthy article about – wait for it – hiring military tanks for a joy ride.  Now don’t get us wrong – crushing cars with an army tank sounds pretty damn fun.  But the ‘relevance’ of this pieces of news left a little bewildered.  And made us giggle.

On a different note, a recent article about the ozone really struck us as “enlightening” especially in light of previous observations (and posts) we have made about the environment where we live here.  When talking about earlier preconceptions about the damage the ozone hole could cause:

“It sounded as if everyone was going to die of skin cancer because the ozone layer was no longer going to be there to protect us.  Do we talk about the ozone layer now?  Did a majority of the Earth’s population get skin cancer?  Not by a long shot.”

Yes Korea Times, while YOU might not think its a rather passe issue that’s because your country still has an ozone layer protecting its precious shores – ah, the irony of that!.  Gorgeous little (mostly) non-polluted New Zealand, however, has a significant ozone depletion nearby (centred over Antartica, if we are not mistaken), a burn time of approximately 12 minutes in summer and the highest incidence of sun-related skin cancer in the world.  You can be sure as hell that SOME people are still speaking about it.

What else has caught our eye, you may ask?  Well, glad you asked.  An absolute stand-out article appeared at the end of March 2012, entitled Human Beings and Salmon.  We have reproduced it in its entirety for you to read as it reveals SO much about the Korean psyche and puts some things into, well, perspective (?) on what we experience here.  So, without further ado: 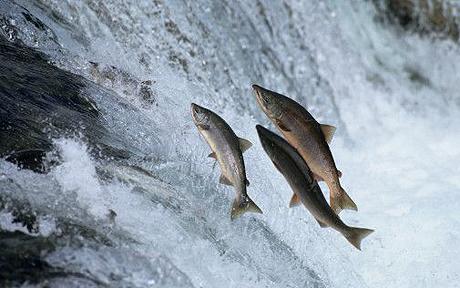 No matter how hard you try and get into the minds of Koreans here, as a foreigner its difficult.  Their actions and expressions often seem impossible to understand from the outside.  This article, sadly, sums up a lot of what we see going on and, we guess, offers some insight into WHY things happen…or don’t happen, as the case may be.

We’re a bit lost for words on this.  It comes across as such a fatalistic approach to life and its not uncommon here.  At the end of the day, we got what we asked for – some insight into the country we’re currently calling home and the people that live here.

On a lighter, though pretty scary note, we’ll leave a recent highlight.  Entitled Fallacy on the English Divide, and written by the no less than the Executive Managing Director of the Korea Times, this article served to debate the findings that have been hitting the media lately that proficiency in English amongst Korean people can be directly attributed to how much income a family has.  In a nutshell, lots of money = better education, better resources and expensive cram schools = good English.

But no, says Lee Chang-Sup.  This is a fallacy.  He does make some excellent and relevant points; that policy makers need to think outside the box and not just stick to academic English for their testing; that language learning requires curiosity and patience; and that there are numerous (mainly online) resources that are widely available at no cost.  But it was his final conclusion that had us amused.

“Smartphone, not money, is a solution to upgrading English proficiency. Children of both rich and poor parents can master English at little cost, only if they have curiosity to do so.”

We get the feeling that Mr Lee has never had to fight the daily battle of a teacher in Korea that is the extrication of Smartphones from the hands of distracted, surly, over-exhausted teenagers.  Who, we might add, are NOT using them for learning English and in fact would turn up their lips in disgust at the mere thought of sullying their precious screens with study.  Curious?  Yes.  Gullible?  No…unfortunately!