An article published in the Korea Times last week caught our attention – it was about a mural village in Ulsan, named Sinwha Art Village.  According to the article, the village was formed in the 1960s for emigrants and named to reflect “the sentiments of the original inhabitants to signify their will to harmonize and live well.”  Traditionally a residential area for those in the whaling trade it somehow made a transition to a mural village when chosen as a location for filming a movie named “The Bicycle Looking for a Whale” and was also selected as the spot for the 2010 Maeul-Misul Project by the Ministry of Culture, Sports and Tourism.  The village then began its transformation into a predominantly whale themed art gallery.

Not only had we never heard of it, we had no idea where it really was (other than in Ulsan, which is quite a large city!) but thought that would provide an interesting outing for a lazy Sunday.

Referring to our old friend Google, we fed in the bits of information we had, i.e. the name of the village, and promptly got nothing.  We checked through all the ‘Visit Korea’ and local Ulsan websites and still nothing.  The only glimmer of hope we had was via a small flag on Google maps, directing us to approximately the right area.  Determined, we made note of Google maps advice, ripped the page from the newspaper and set off on our adventure.

Arriving in Ulsan, we decided the best thing to do was hop off the bus and head for a taxi waving the pictures gleefully in front of the driver in the hope that he would immediately recognise the area and whisk us away to our destination.  It almost happened like this – save about half an hour of to-ing and fro-ing and translating into hangul – and off we went…

And what we found far exceeded our expectations.  Its a real, living, breathing village with folk going about their daily lives as per usual.  The difference being, however, a handful of tourists walking around their front yards taking pictures of the incredible art lining the walls. 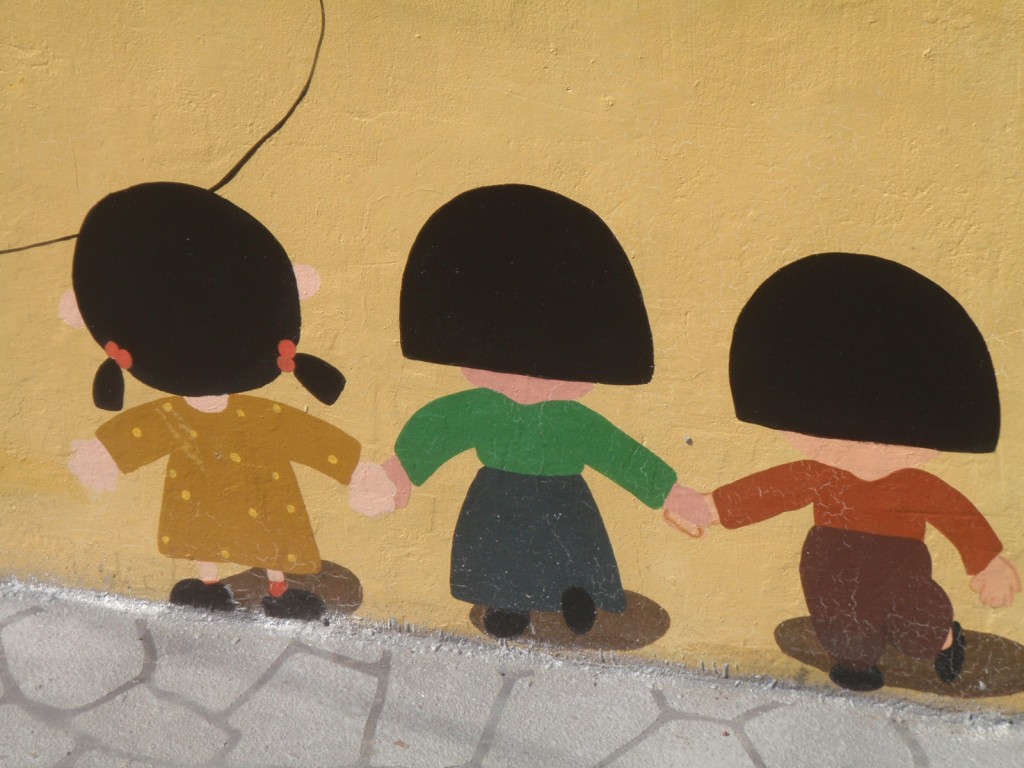 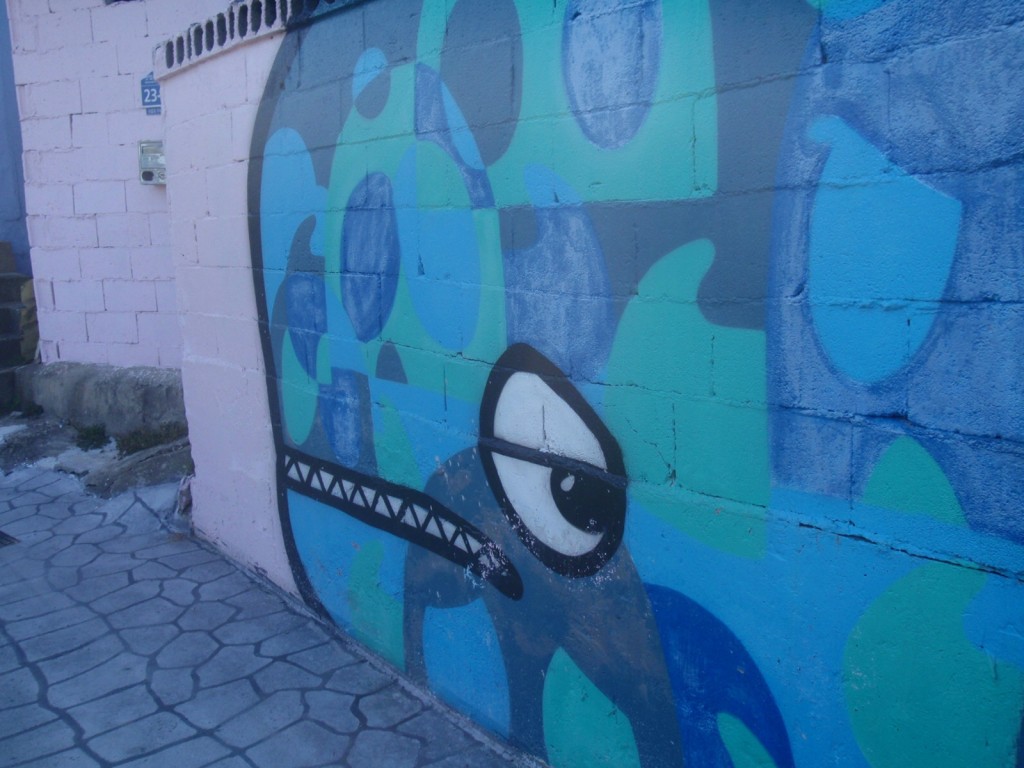 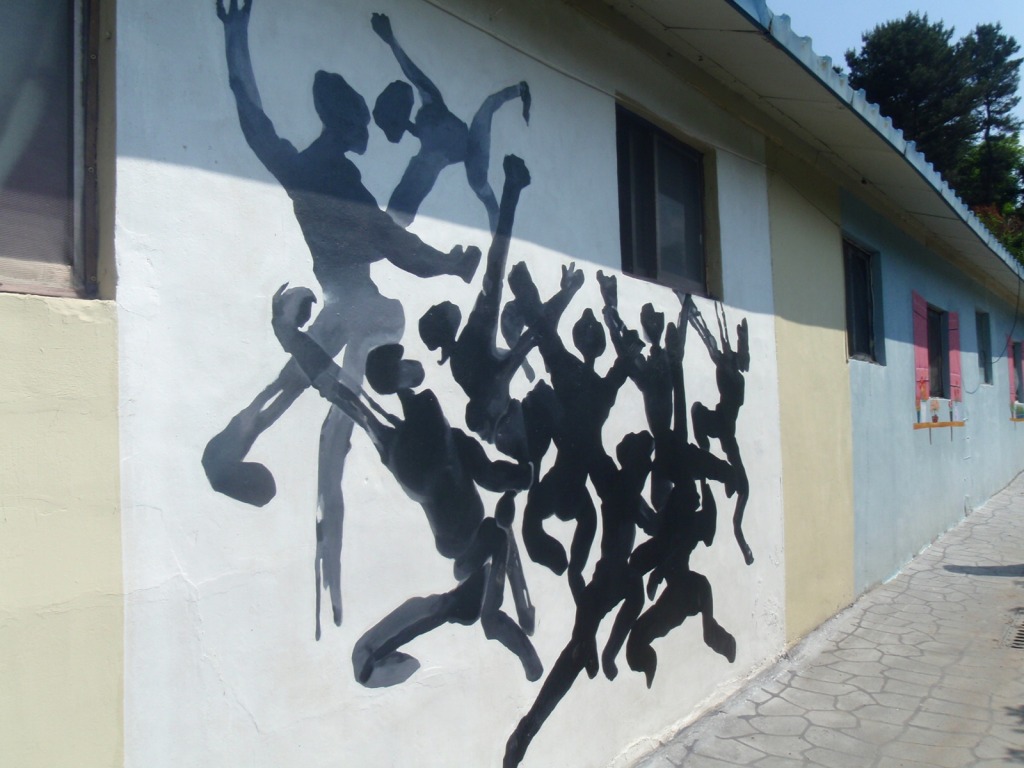 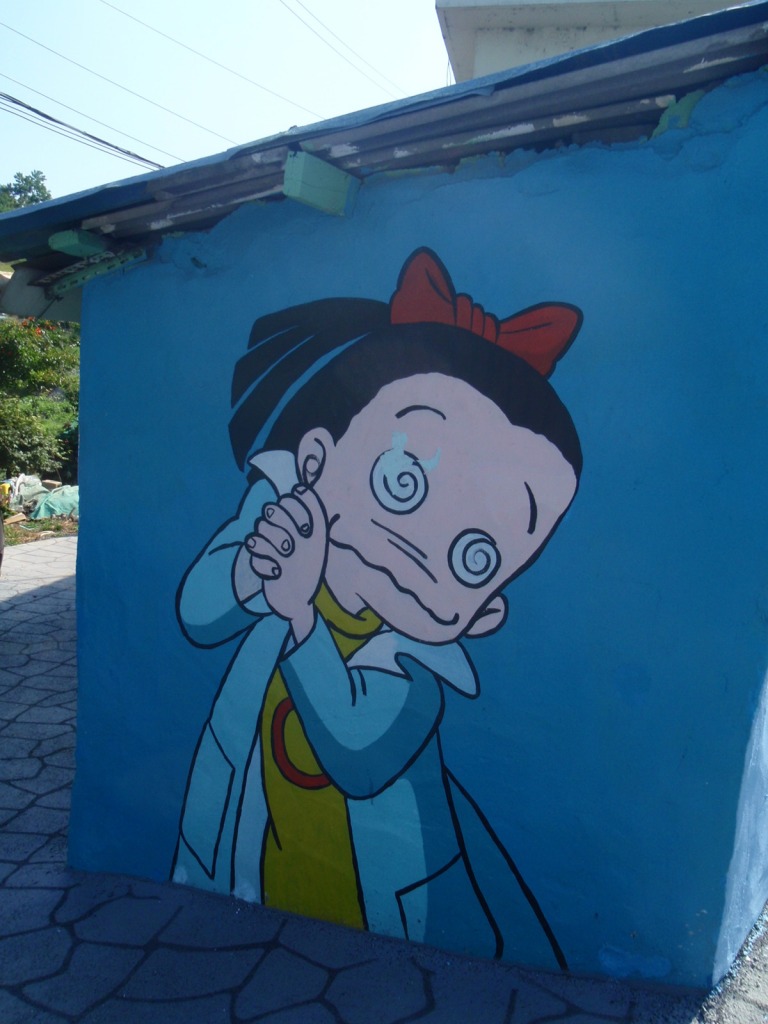 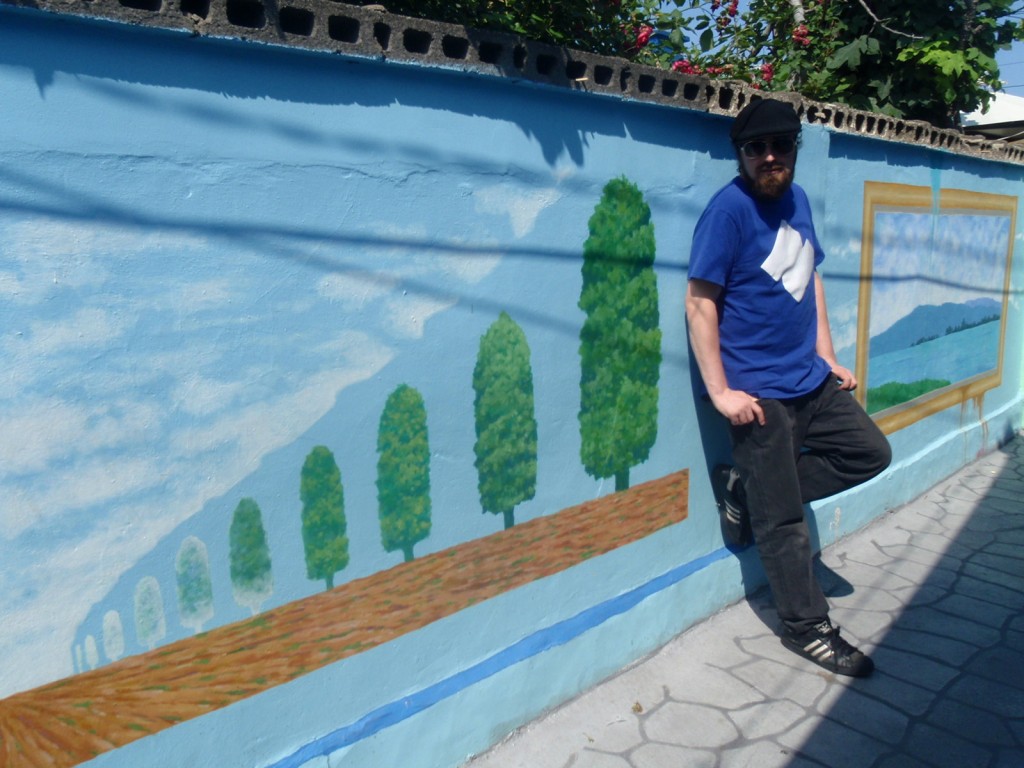 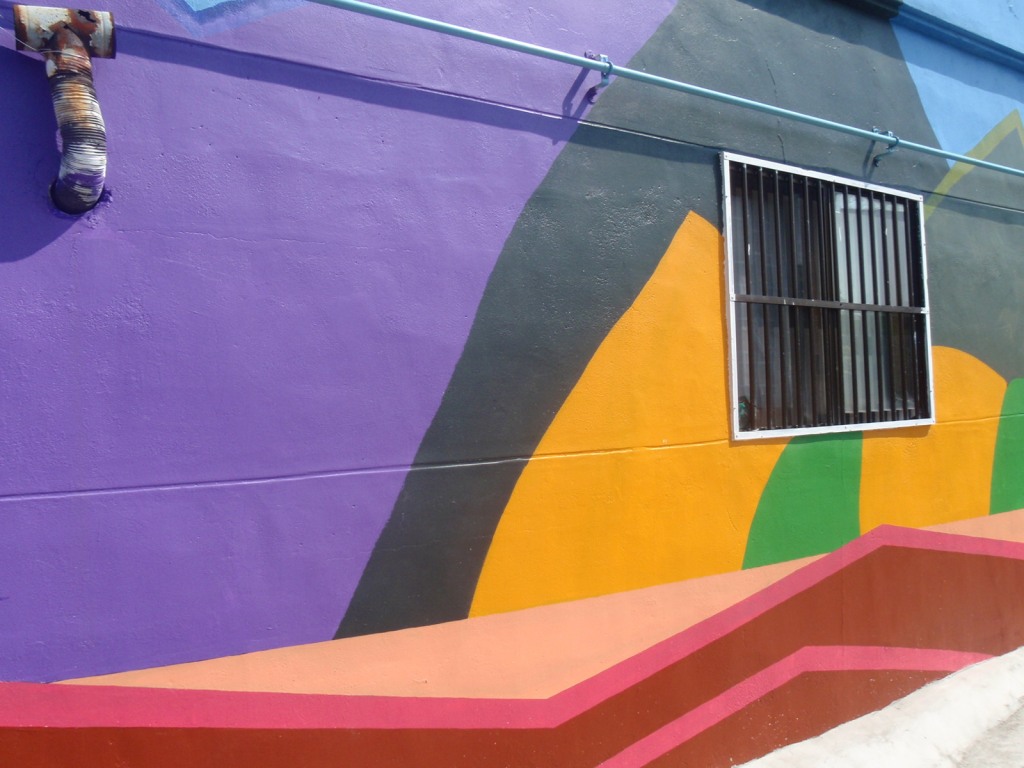 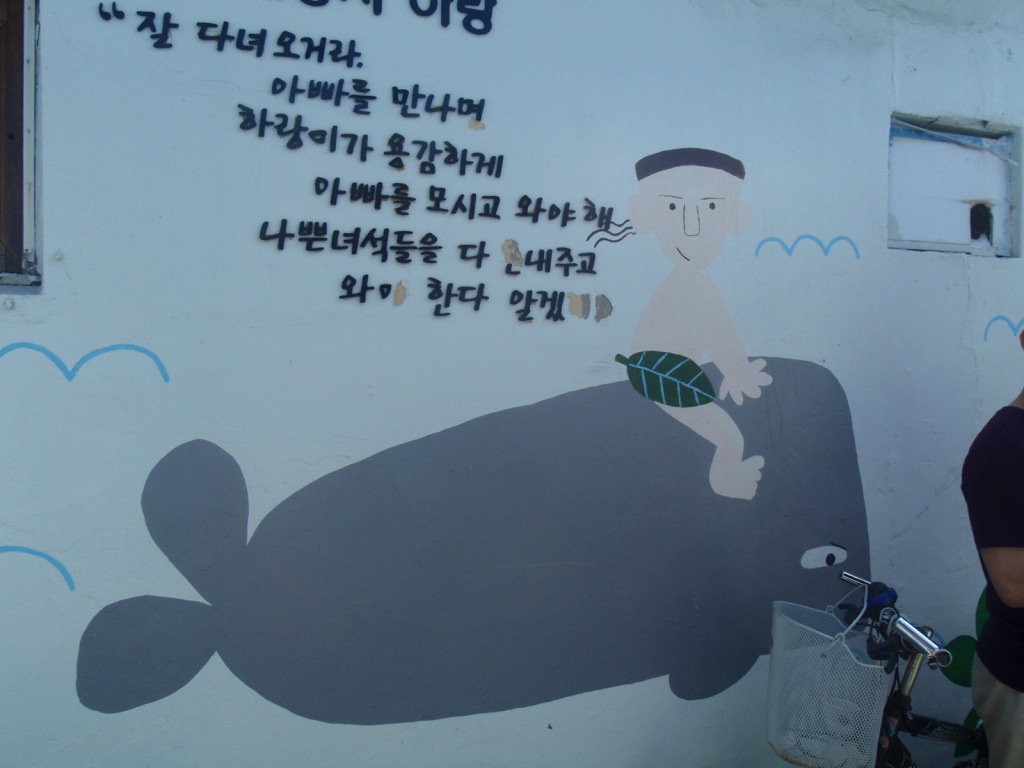 While whales definitely dominated, there was an extremely wide variety of subjects including some more famous pieces. 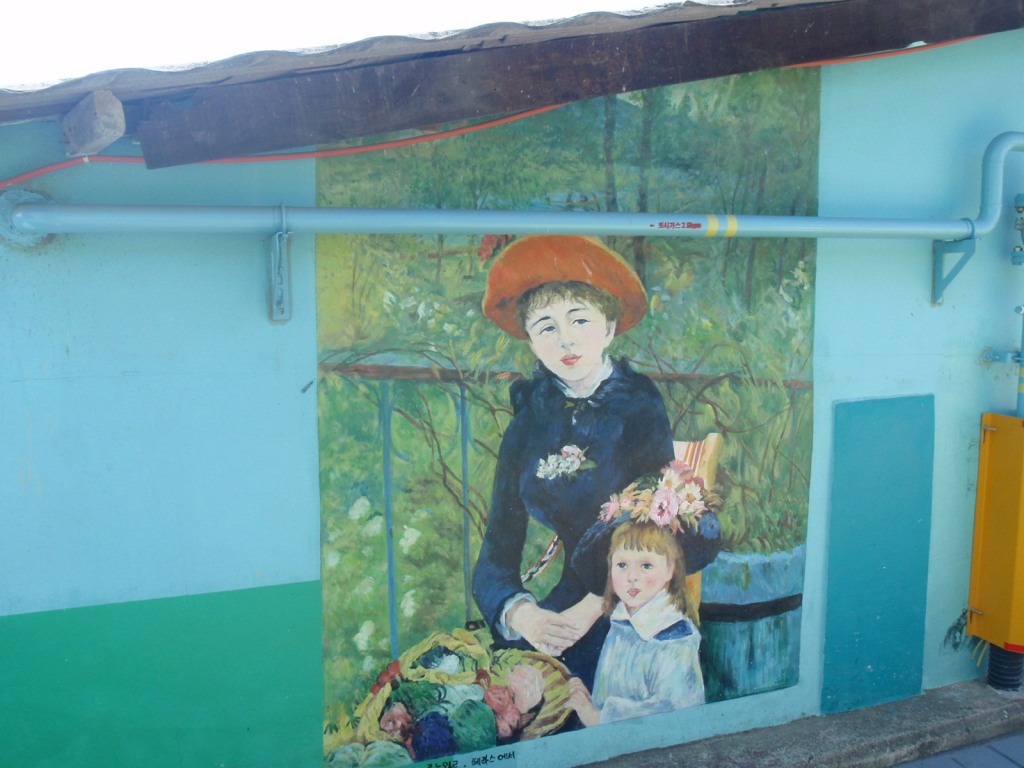 There were only a few other tourists wandering around the day we were there, all Korean.  We are at a loss to understand why in the past when we’ve asked Ulsan locals for suggested things to do they have suggested the Hyundai Factory and NOT somewhere like Sinwha Village.  As mentioned above, other than the newspaper article, its actually incredibly hard to find out any information about this place.  It doesn’t feature on any tourist guides, its not recommended as place to visit anywhere we could find, the internet doesn’t have anything to say about it and even a few locals we talked to seemed to have no idea the place existed.

One of the highlights of our sightseeing in Korea, this village is a surprising pocket of awesome tucked away in the hills of Ulsan.  The gorgeous streets are definitely worth a visit!