The Korean New Year (aka The Season o’ Strange Gifts)

After coming down from our epic China mission its nice to think that Korean culture has blessed us with a couple of extra days off school this weekend.  I’ts Korean new Year, Seollal for us in the know. As we have found out, Seollal is a big deal…

The Seollal holiday is a three day holiday celebrated at the lunar new year. Each year Korean people return to their hometowns to visit their parents and other relatives. We have been told that approximately 80% of Koreans will be on the roads and all public transport and accommodation services will be absolutely choca!

Seollal is like a big collective birthday; its much bigger than Christmas, much bigger than the January 1 New Years and even bigger than a persons own birthday (on which you are expected to buy other people presents – stink buzz). Each year they eat a rice cake thingy called Tteokguk – it is said that when someone has eaten their Tteokguk they will become a year older. Does that mean Dan will be in his thirties come Monday? He better avoid rice cake to preserve his boyish good looks. 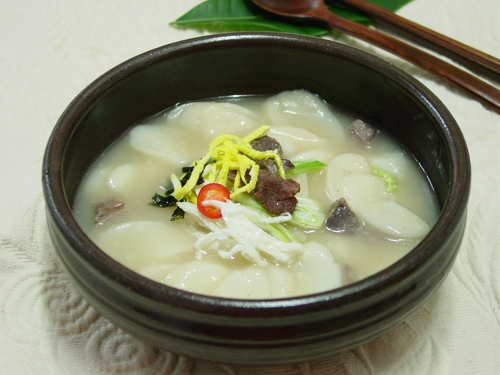 So with everybody turning a year older that means that everybody gets presents…We noticed a couple of weeks ago the sudden (and at the time inexplicable) appearance of strange looking gift packs bang smack in the middle of all the shops here.

Oh,. what wonderful presents the Koreans have lined up for their friends and family….

You could start with practical present…. 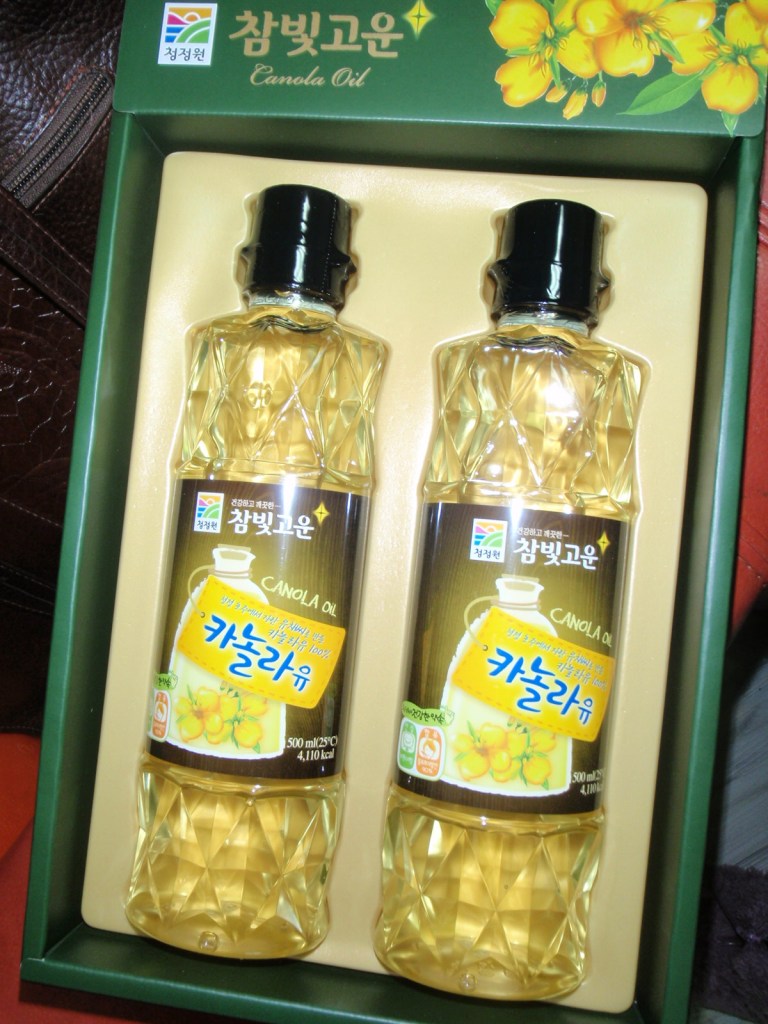 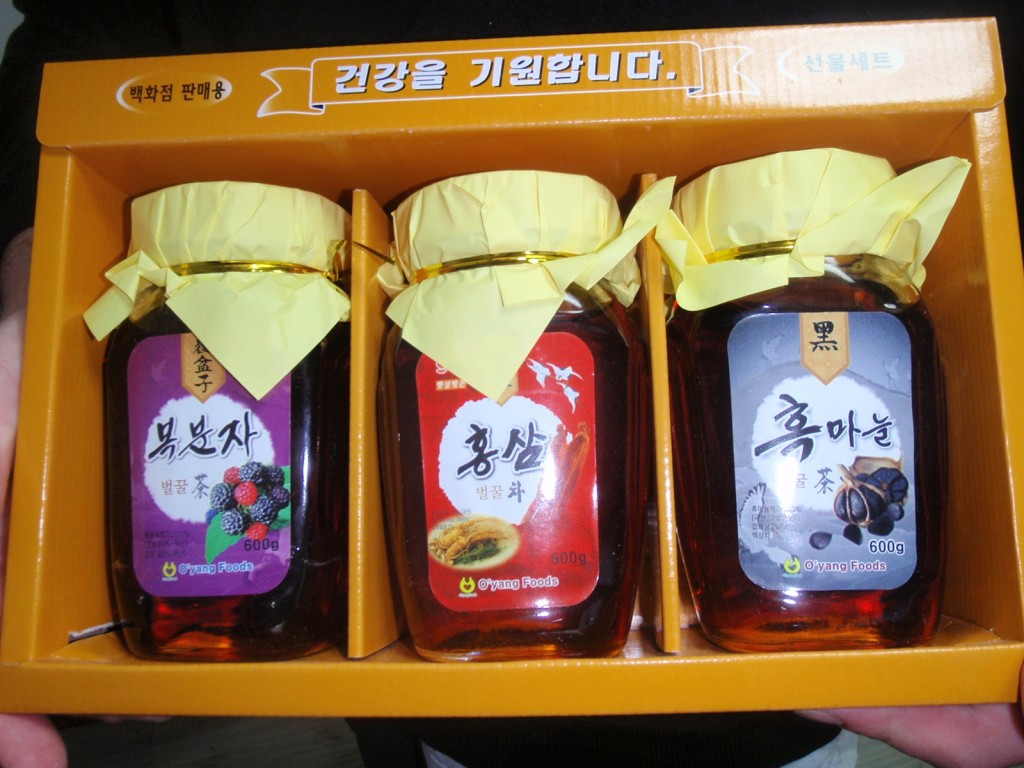 maybe some Soju (ewwww) or a nice bottle of something….

a pack of socks, an instant coffee pack or a toothpaste pack… 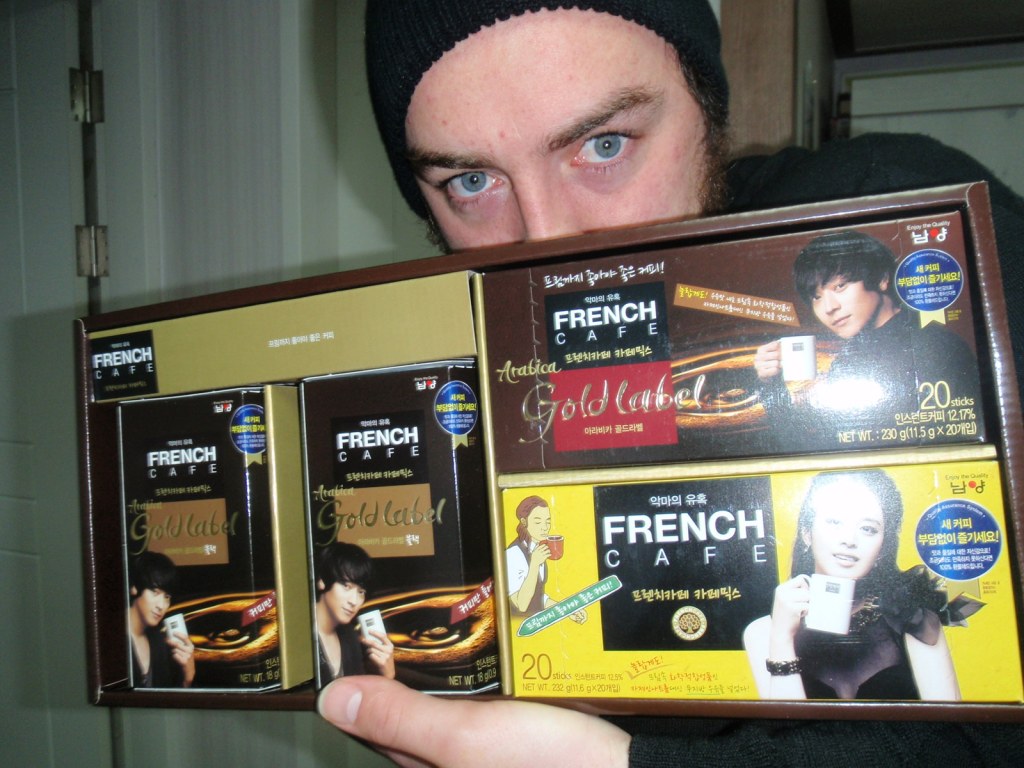 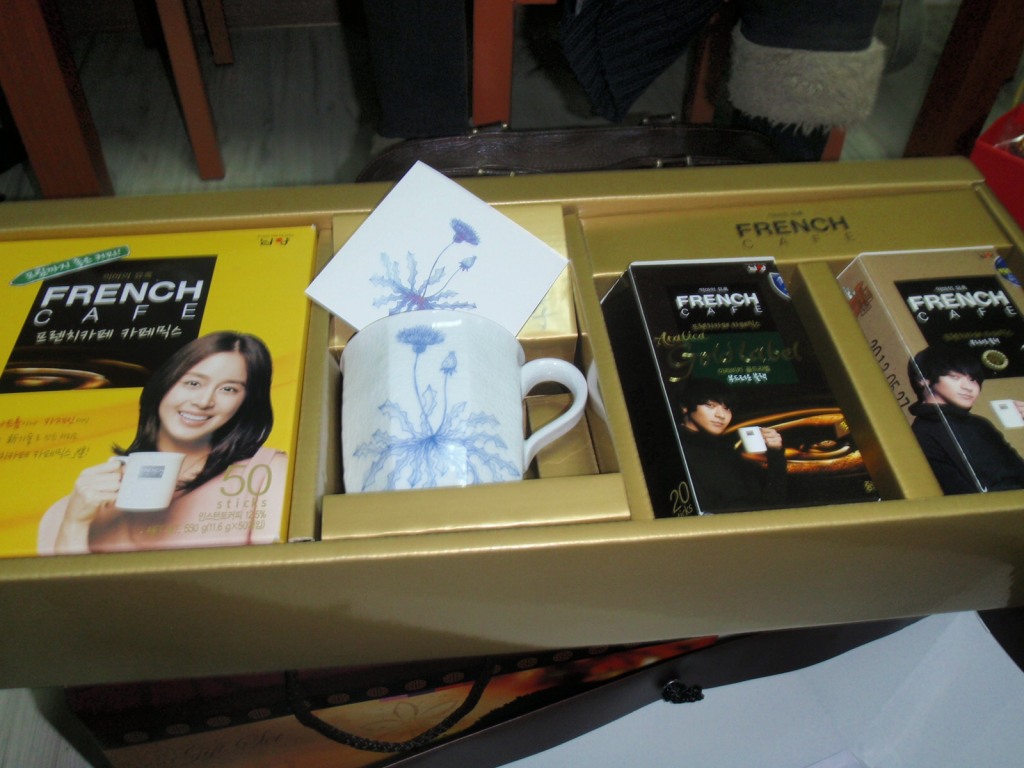 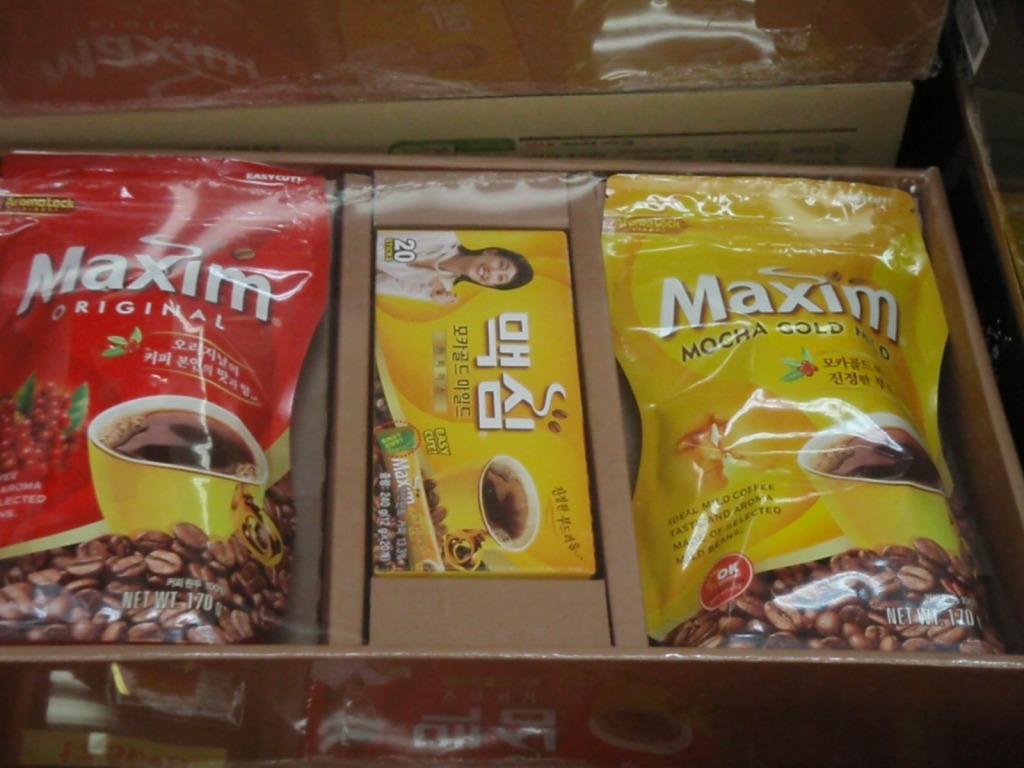 and then some of the more interesting gift sets…. how about a canned tuna gift set…

Oh yeah…. spam is a bit of a delicacy round these parts…. its very expensive but such a great gift for the whole family… 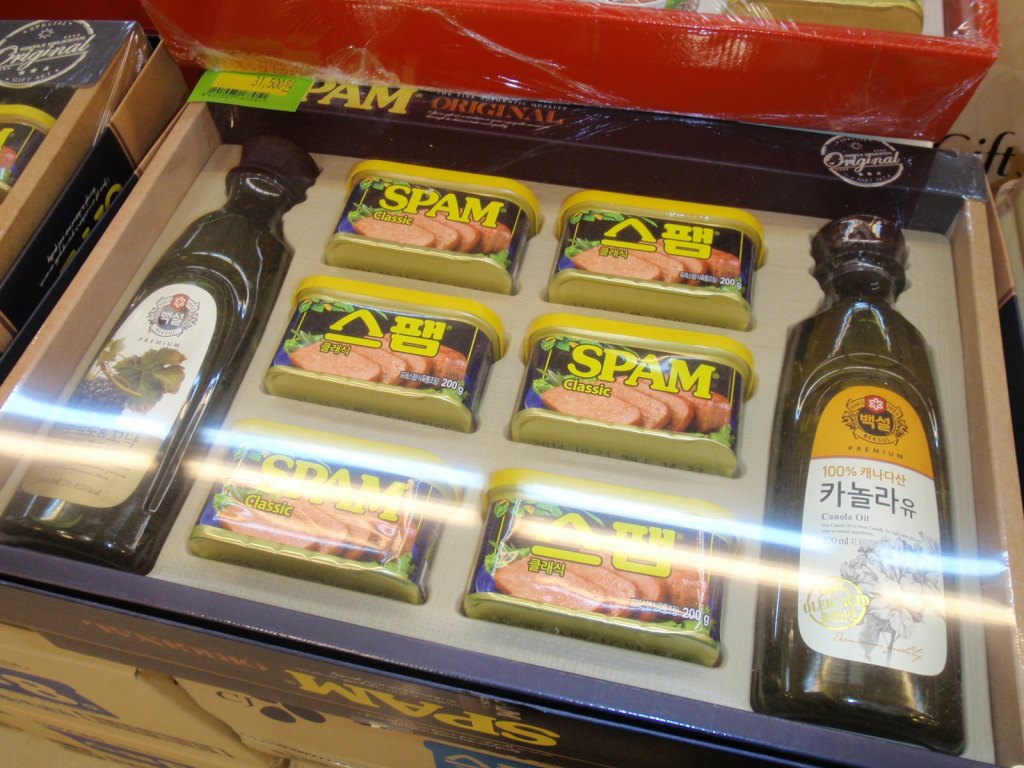 We still didn’t think TOO much about it all until a couple of days ago when our co-workers started turning up with boxes of goodies for us.  At which point the penny dropped and we realised how much of a big deal this whole event is and that we better get our proverbial shit together and spend our last few pennies for the month on presents so we didn’t look like total culturally-unaware retards.

After much deliberation, amusement and general frivolity we finally decided upon which gifts to grace our co-workers with.  And parted with our hard earned cash on the following:

And on a slightly more serious note, we found this for our favourite people in Deoksin, the family at the bakery:

So how we will spend the long weekend?  Well, we have no family obligations (I don’t think we could make it to NZ and back in time for work on Wednesday, sorry!) and our few friends are all busy travelling to fulfill their familial duties so we thought it might be a good opportunity to explore a new bit of Korea.  We are going to risk attempting both public transport AND not having a room reservation anywhere but hey, that’s half the adventure.   So Gyeongju beckons and we are pretty sure that not every seedy love motel will be booked out by families, right?!

It’ll be good for the budget especially after hooking up the crew with unexpected presents and the place is one of the most historical areas in Korea full of temples and tombs. We might even learn something…