The first of January! Our last day in China.

Waking up fresh, even after a night including a game of circle of death, the Buffet was calling and so were the butter sachets. After breaky we cruised out to the old part of Beijing where we were to be taken on a rickshaw ride. Now the last time we had been on a rickshaw ride was with this crazy Aruban man in Havana, so we were hoping for better results this time. 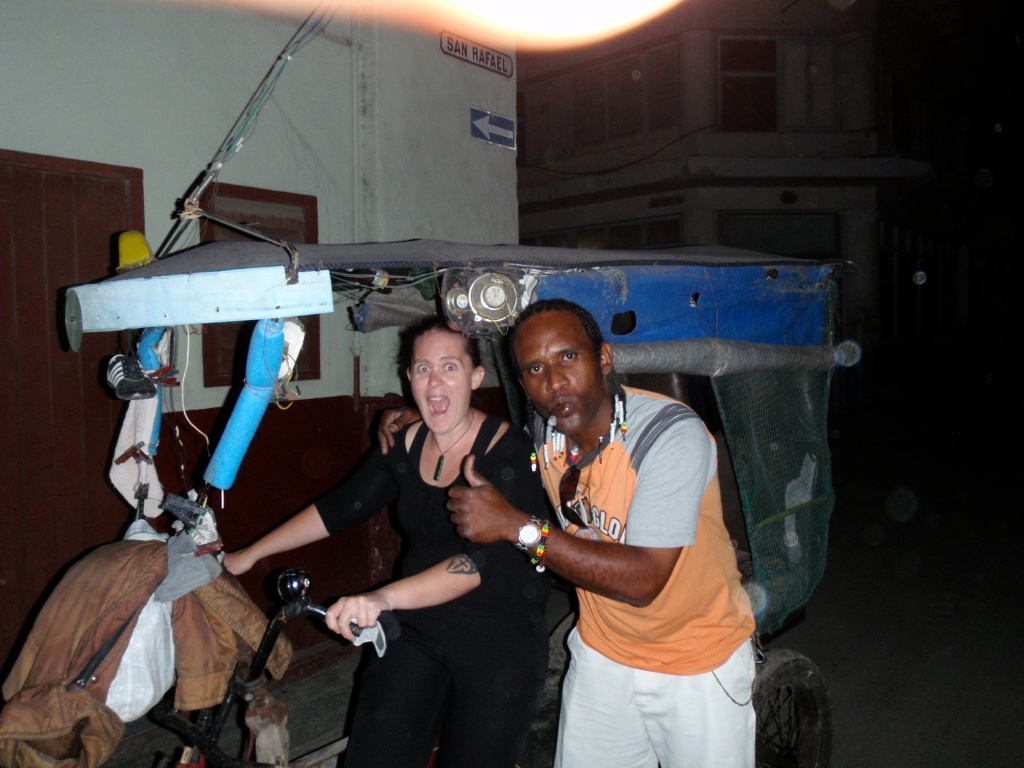 This time thankfully the driver wasn’t crazy; he was a small Chinese fellah that worked really hard pulling round western heffalumps like us round for a living. Poor dude! 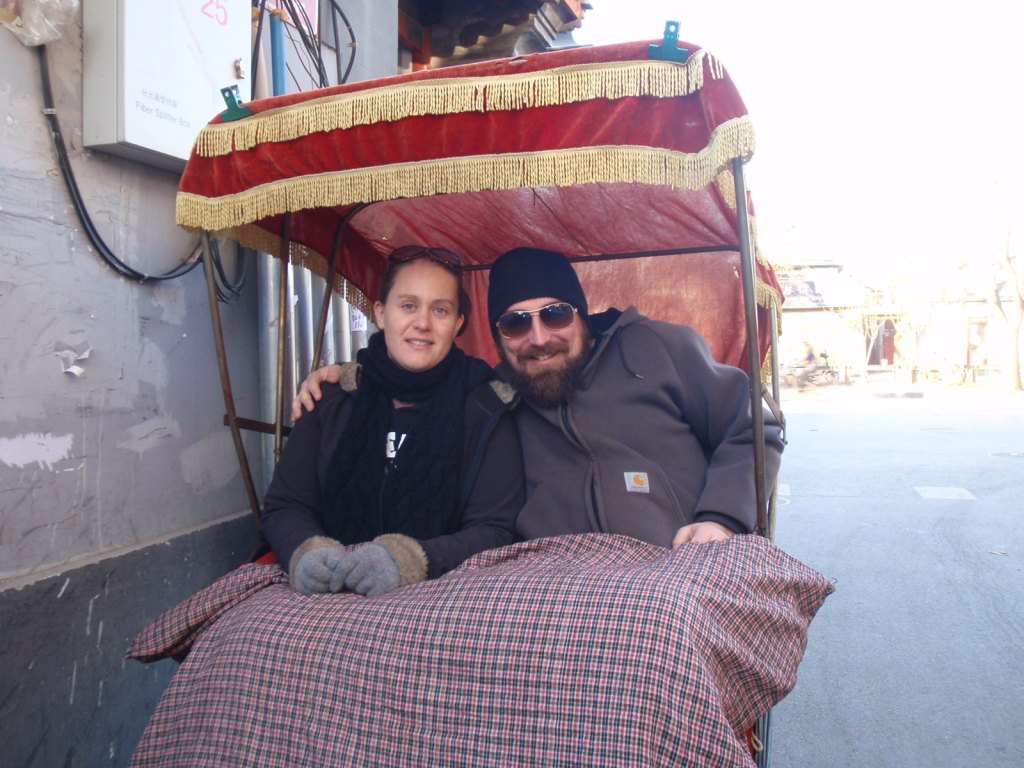 The ride went through the back alleys of old Beijing. This was a huge contrast from the shopping area and the modern side of the city we had experienced earlier in our trip. 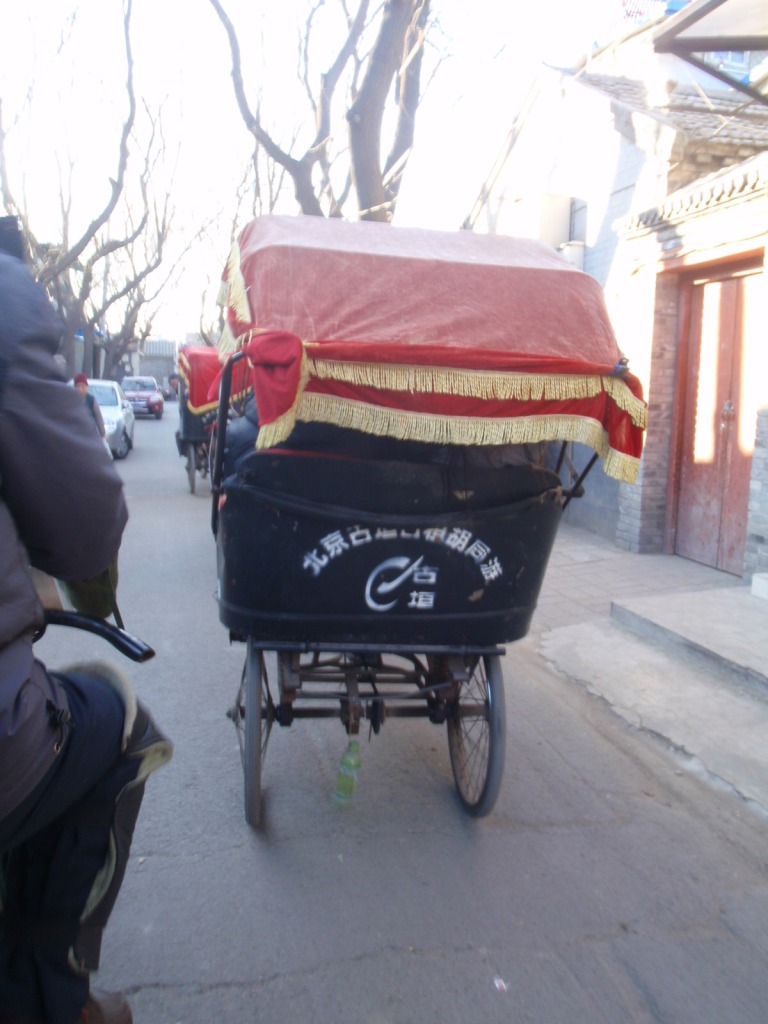 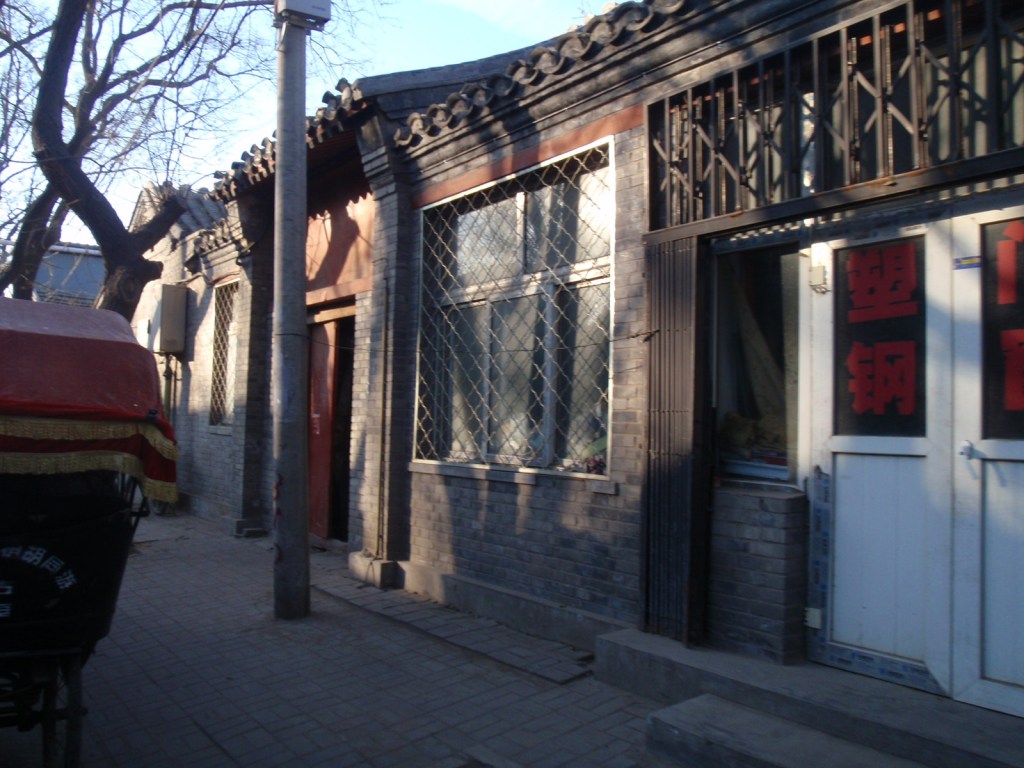 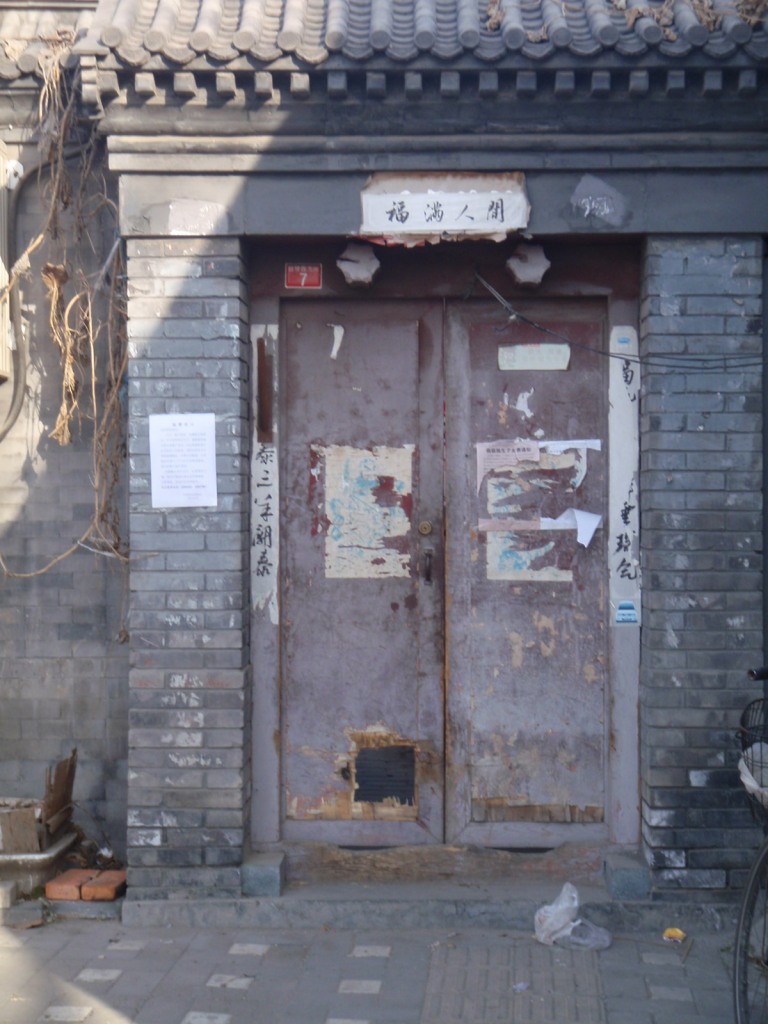 The ride finished at the house of a Kung Fu master. We were taken and and served tea while he told us (translated through Charlie our guide) what it was like to live in the area. The group, especially us, were more interested in his Kung Fu profession – in the fact he had trained for over thirty years, how he had met Jackie Chan (he had a picture on his wall with him) and how his son had trained with Jet Li and is now in America running a Kung Fu school. Cool!

After this stop we wandered back to the bus and found some interested shops on our way before we travelled to the Temple of Heaven, the last famous Beijing site we were to visit. 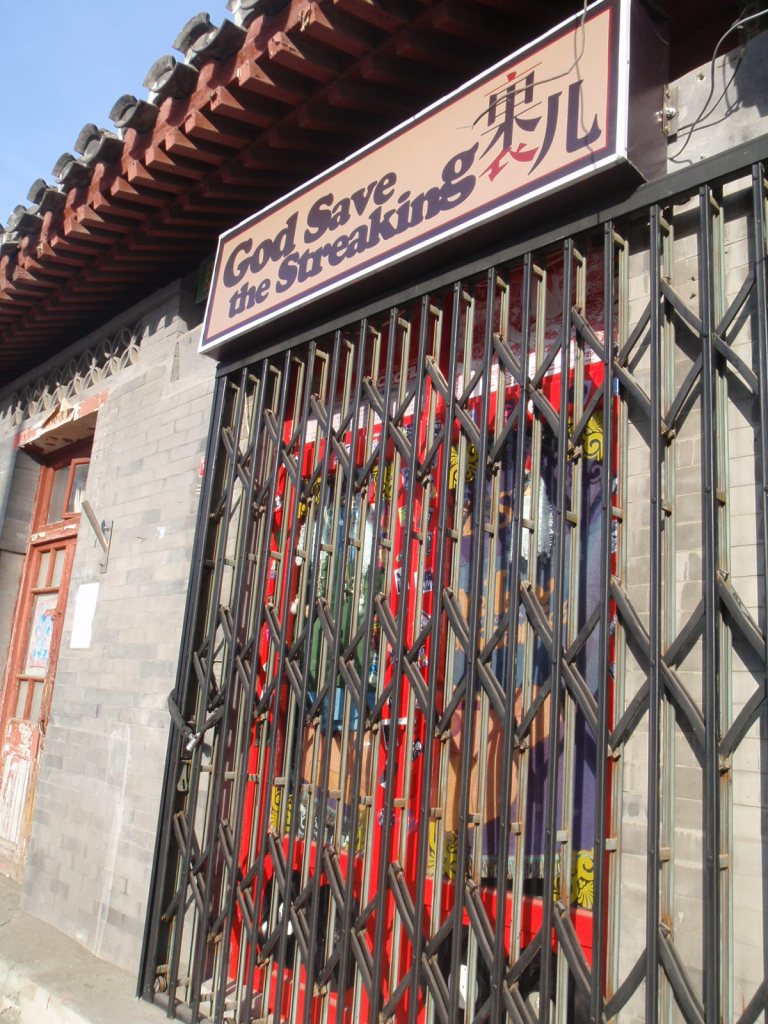 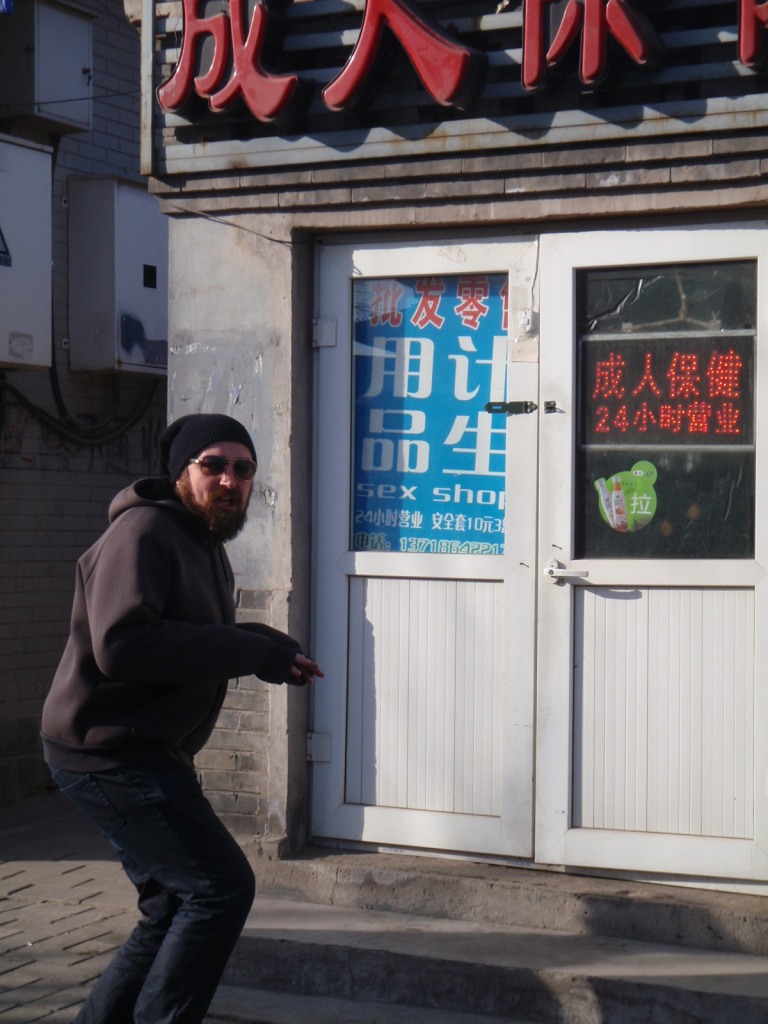 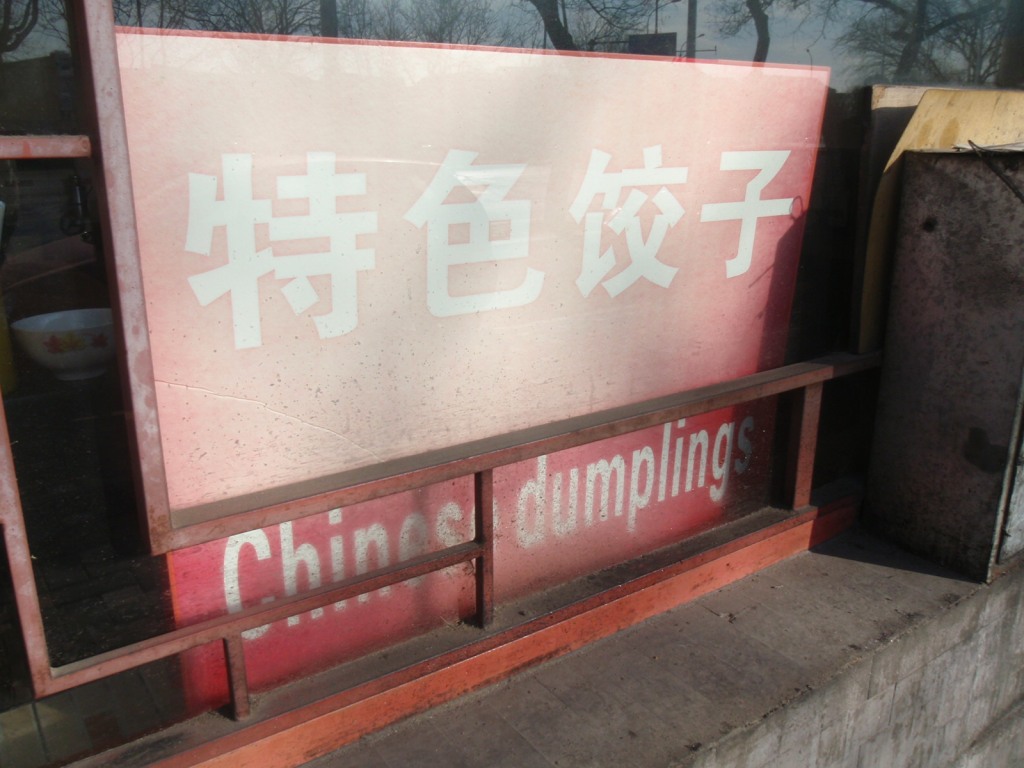 The night previous, the Temple of Heaven was used as the background to a worldwide laser show to bring in 2012. We had seen it on CNN in the hotel the night before so we weren’t sure how it would look like during the day post celebration. 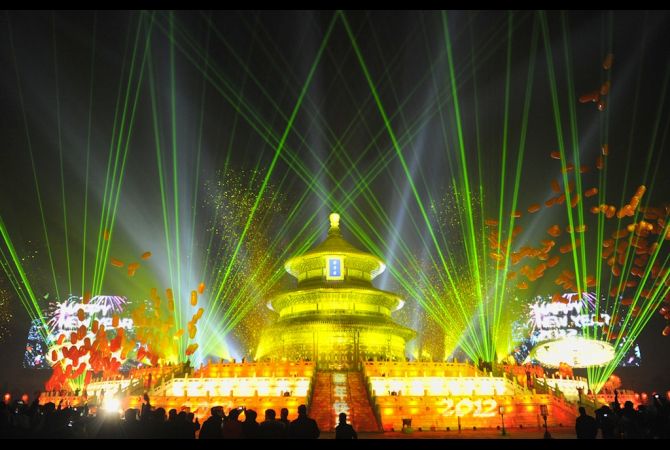 Having both worked in the theatre industry we realised as soon as we arrived that this show was going to an absulote bitch to pack out…we were right. Luckily we weren’t stage crew so we wandered around the gardens, checking out the old people playing cards and mah jong, dodging the hacky sack hustlers, the buildings, and the people that use the place as an area to hang out and socialise. 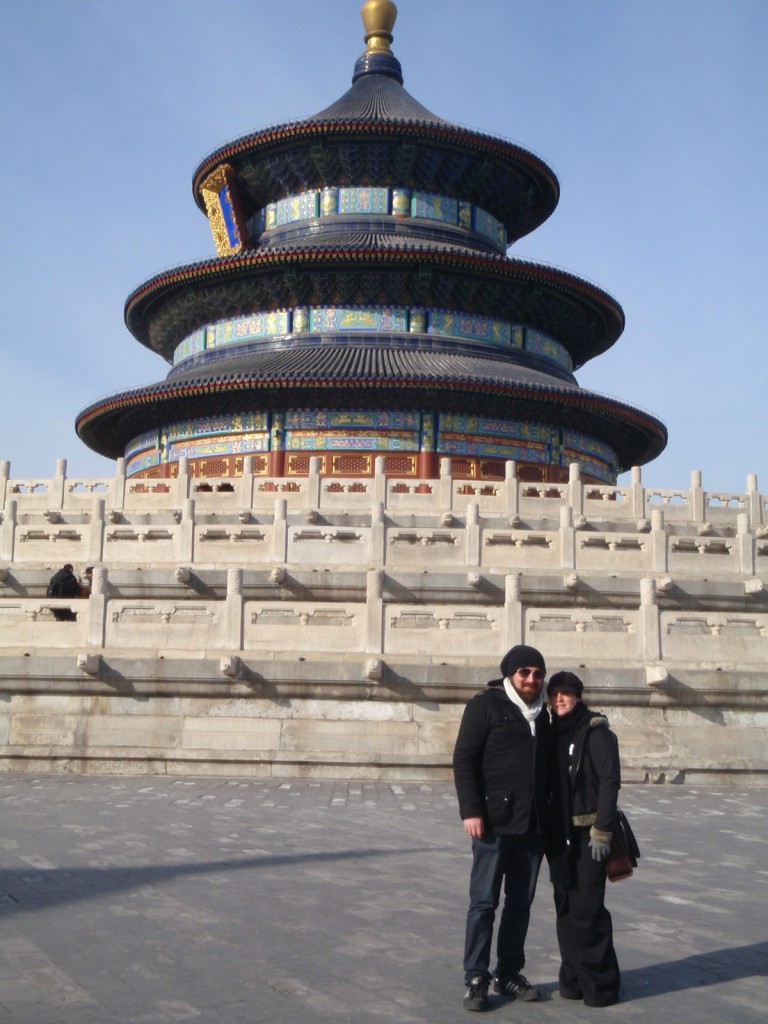 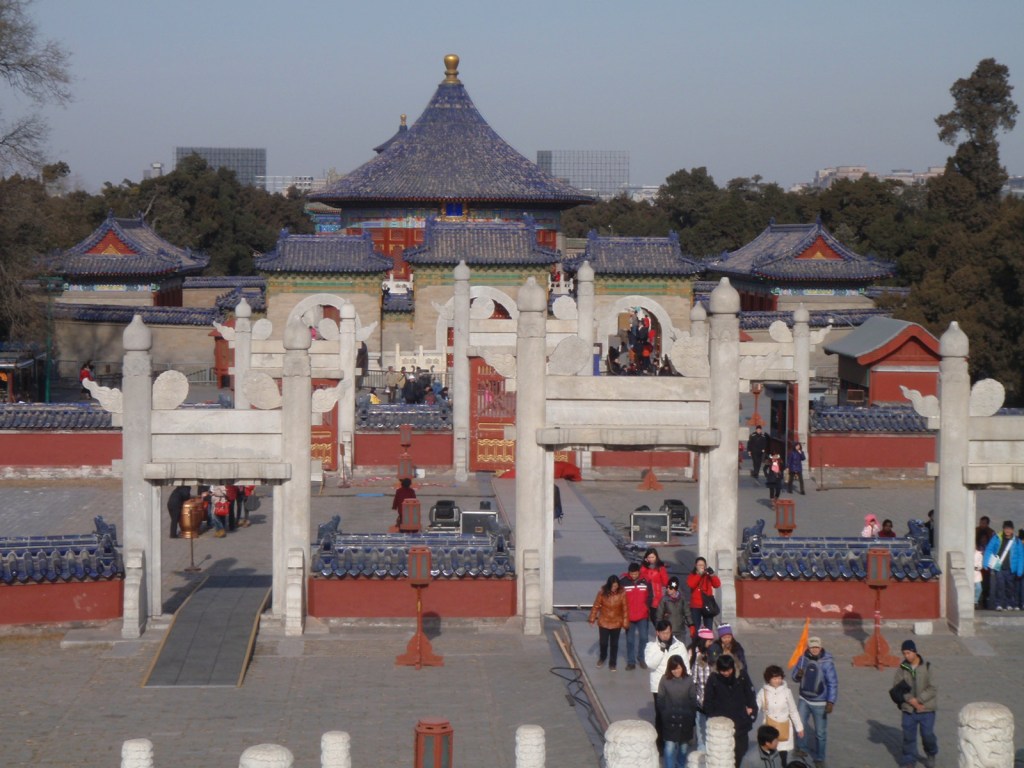 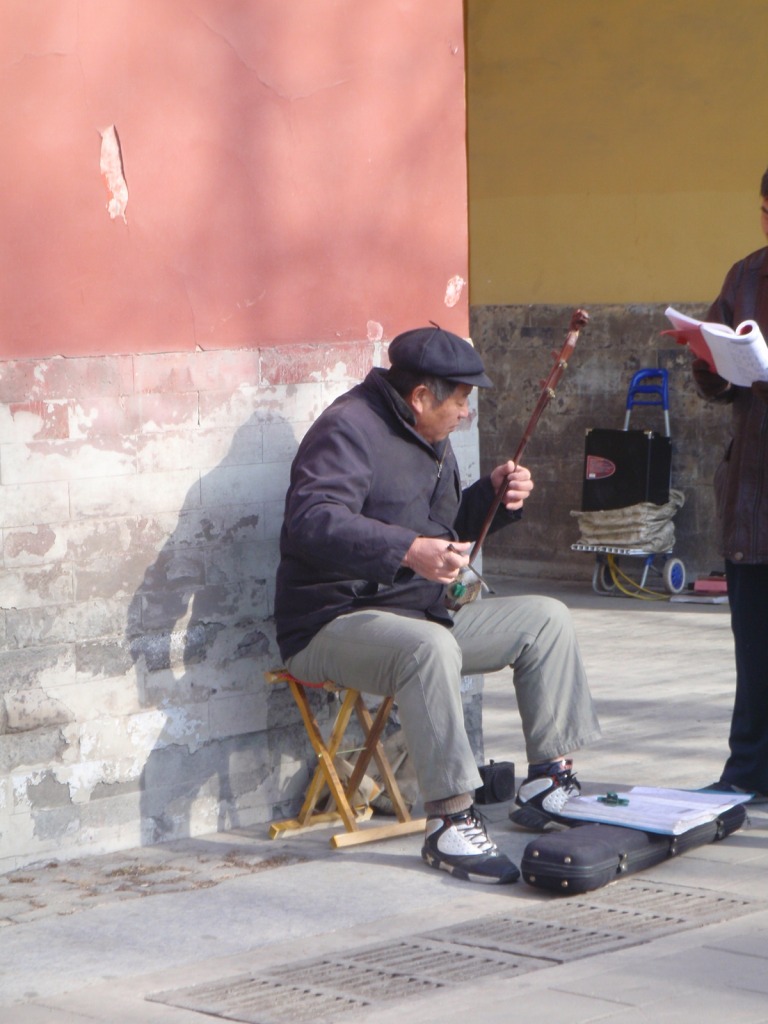 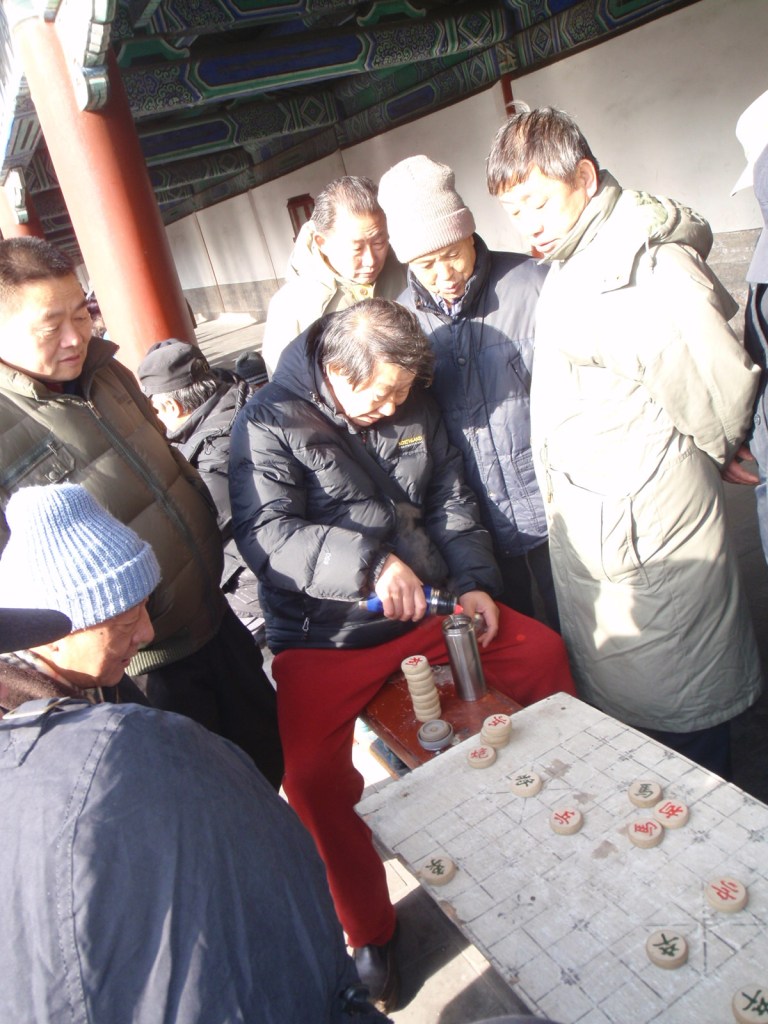 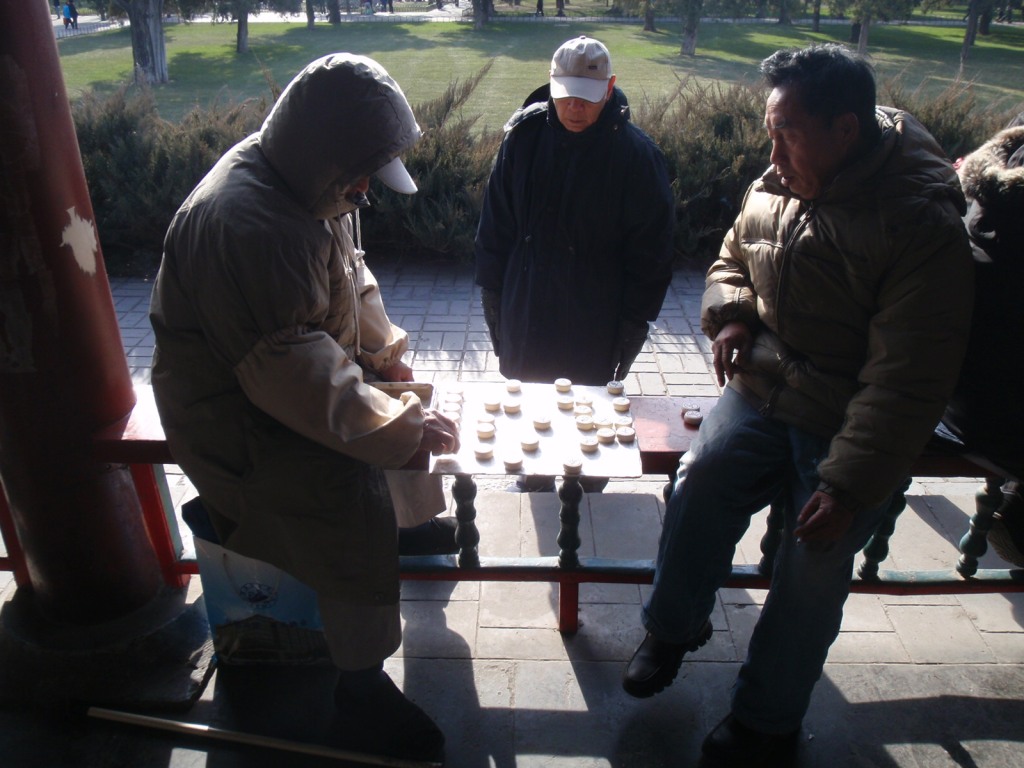 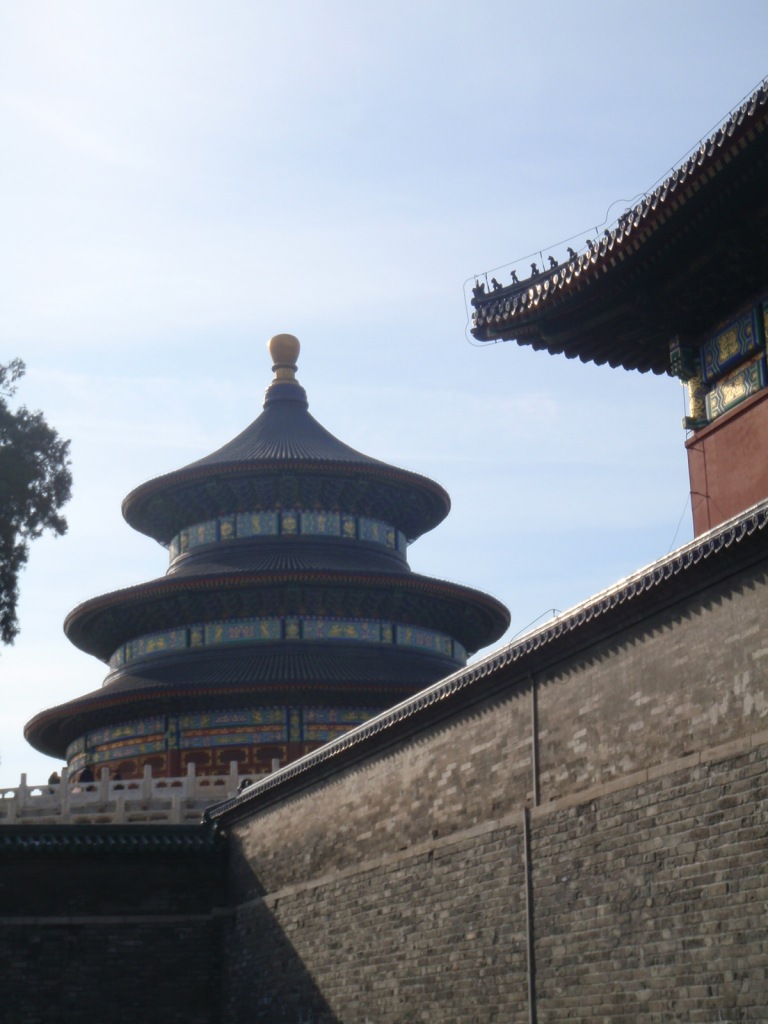 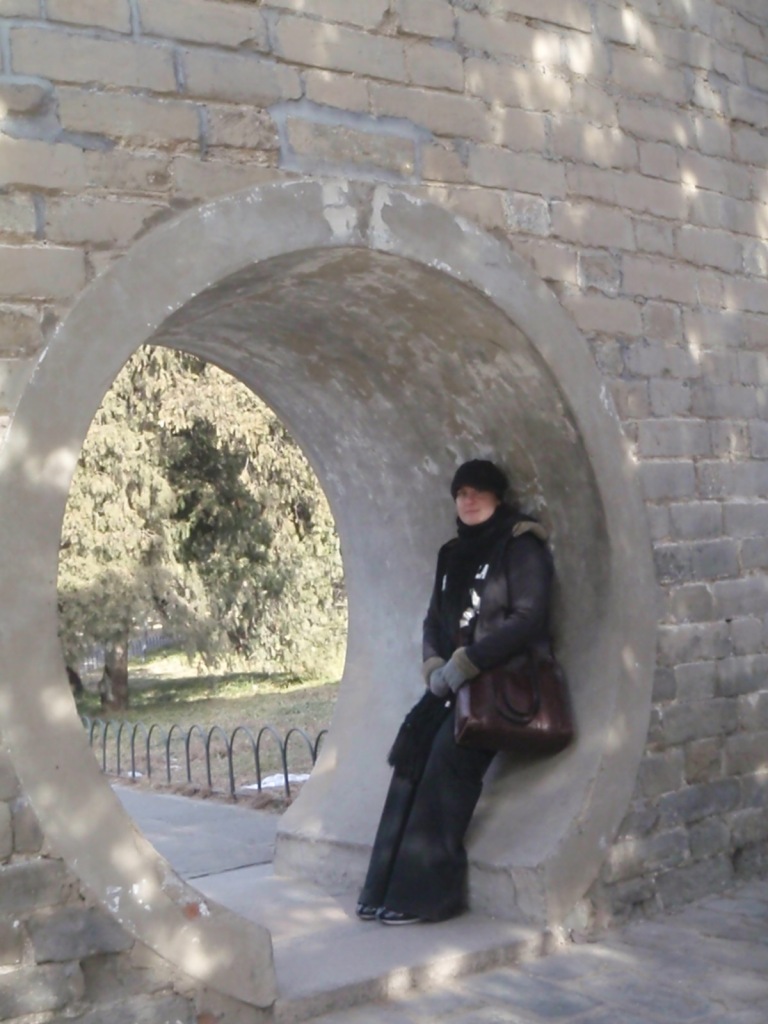 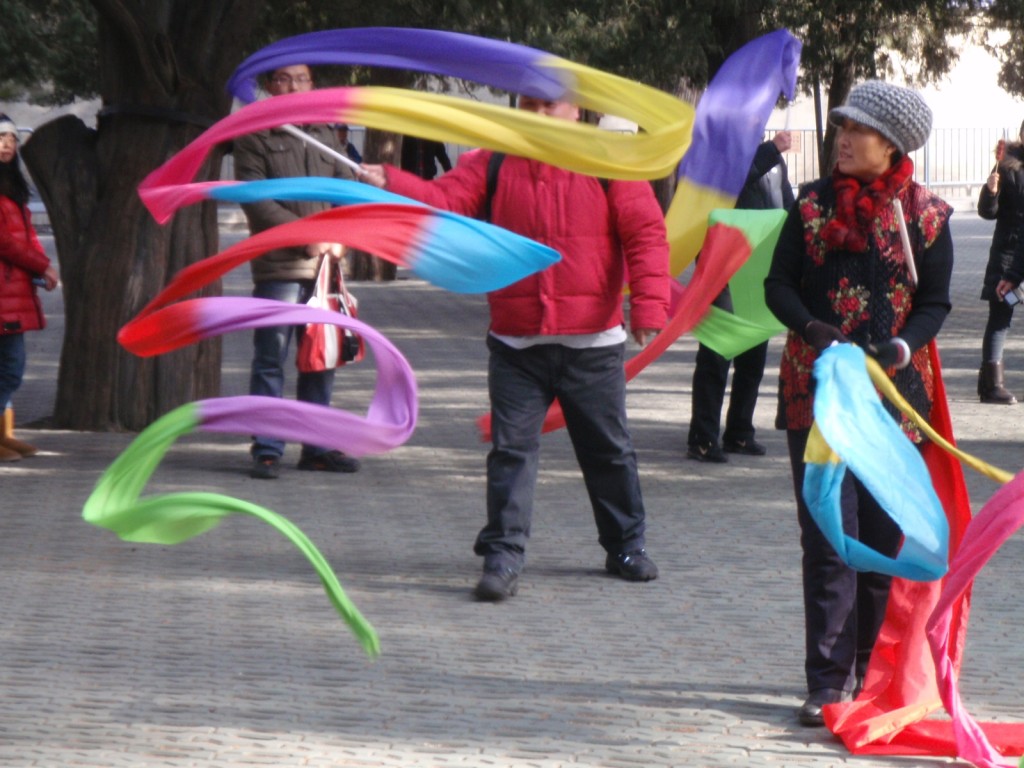 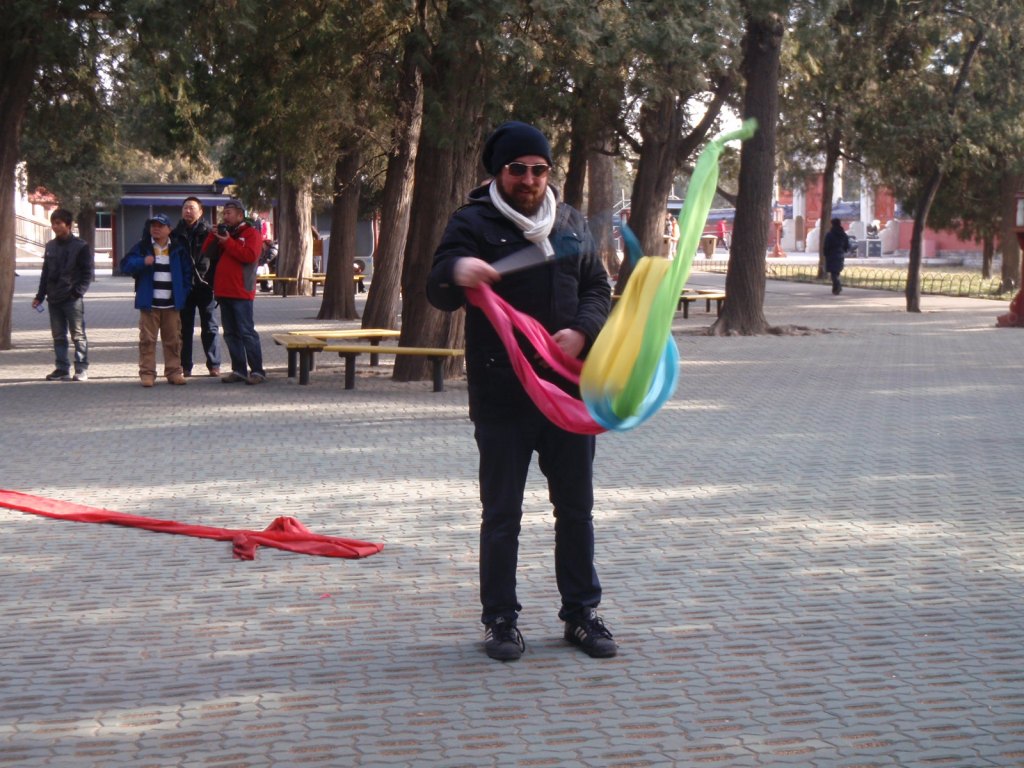 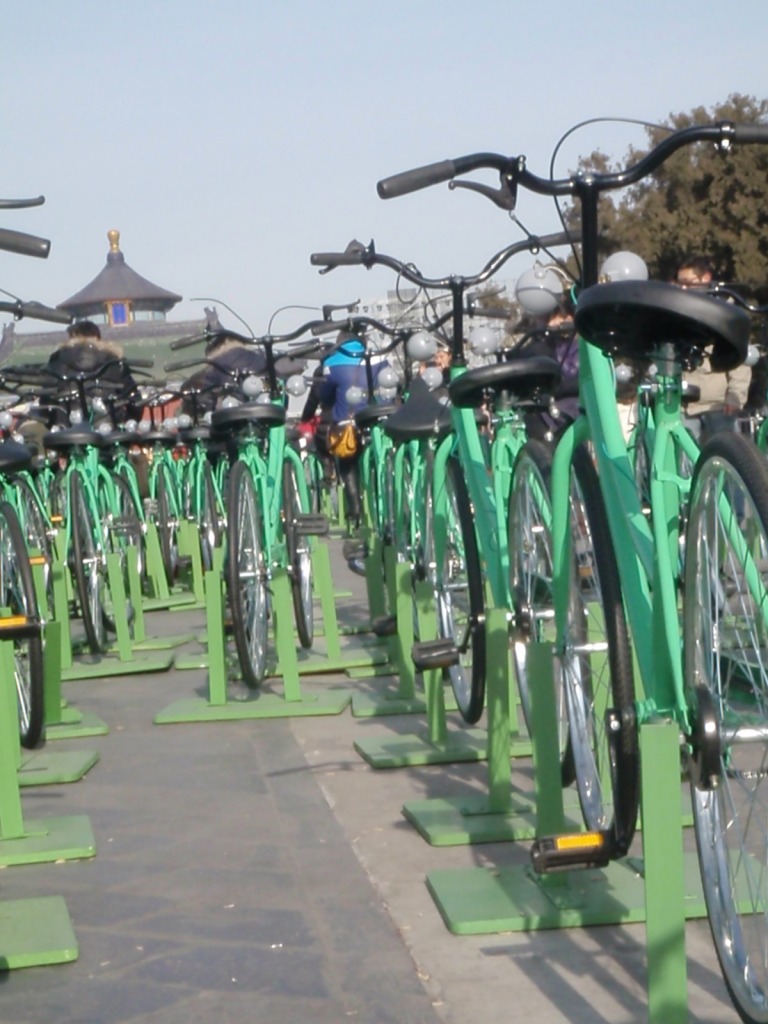 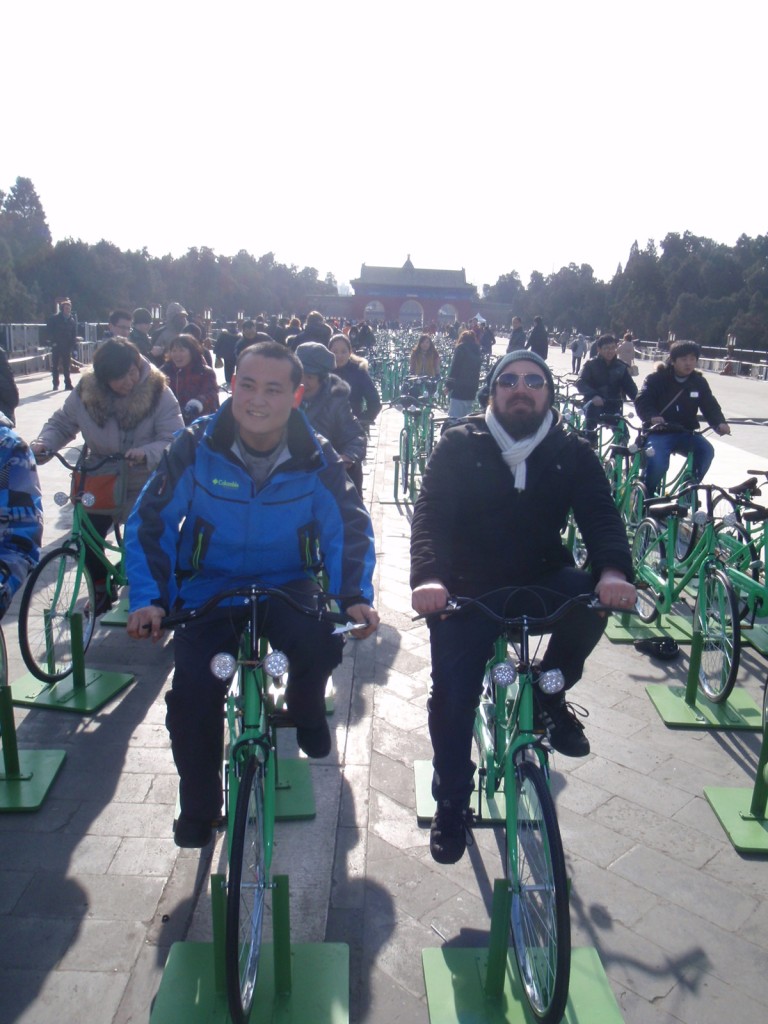 The Temple of Heaven was impressive and a great way to almost finish up the meat of the tour. One more thing to go…. something we had been waiting for since the start of the trip and was even talked about as a highlight of Beijing when we had decided to go on our Mission to China…

Peking Duck! (or Beijing duck if you want be P.C) 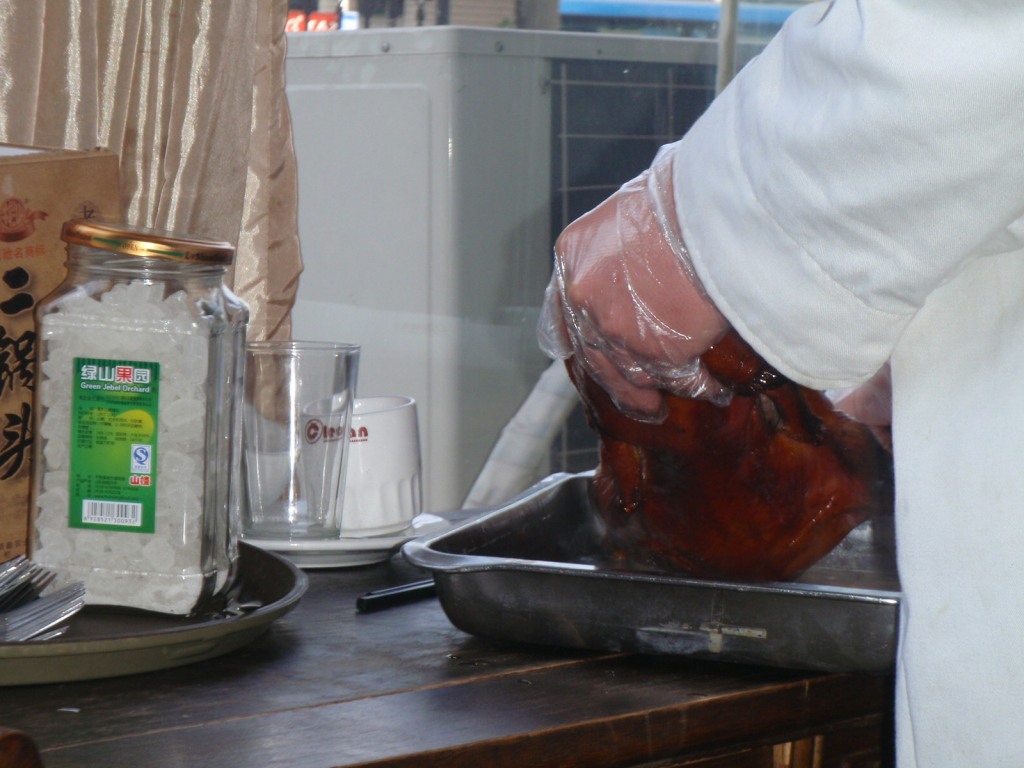 And what a spread of accompaniments to match the well cooked duck with the best crispy duck skin ever! 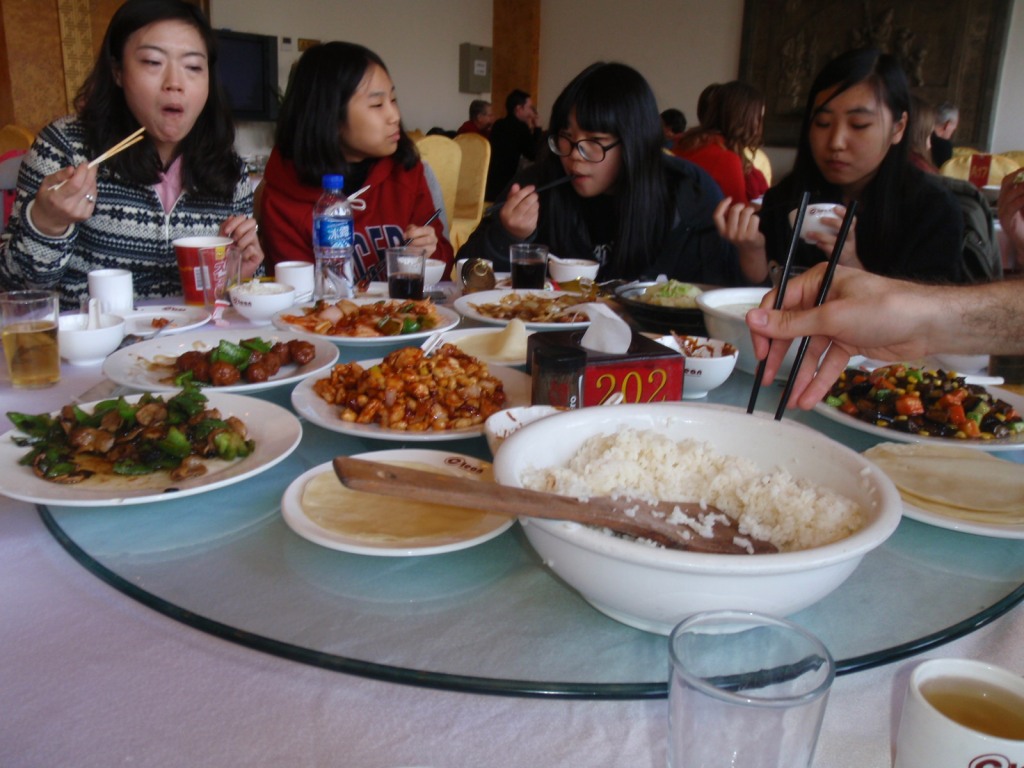 We were loving it, and were loving it even more so due to the fact that half of our table (members of Korean descent) were only really eating the rice. 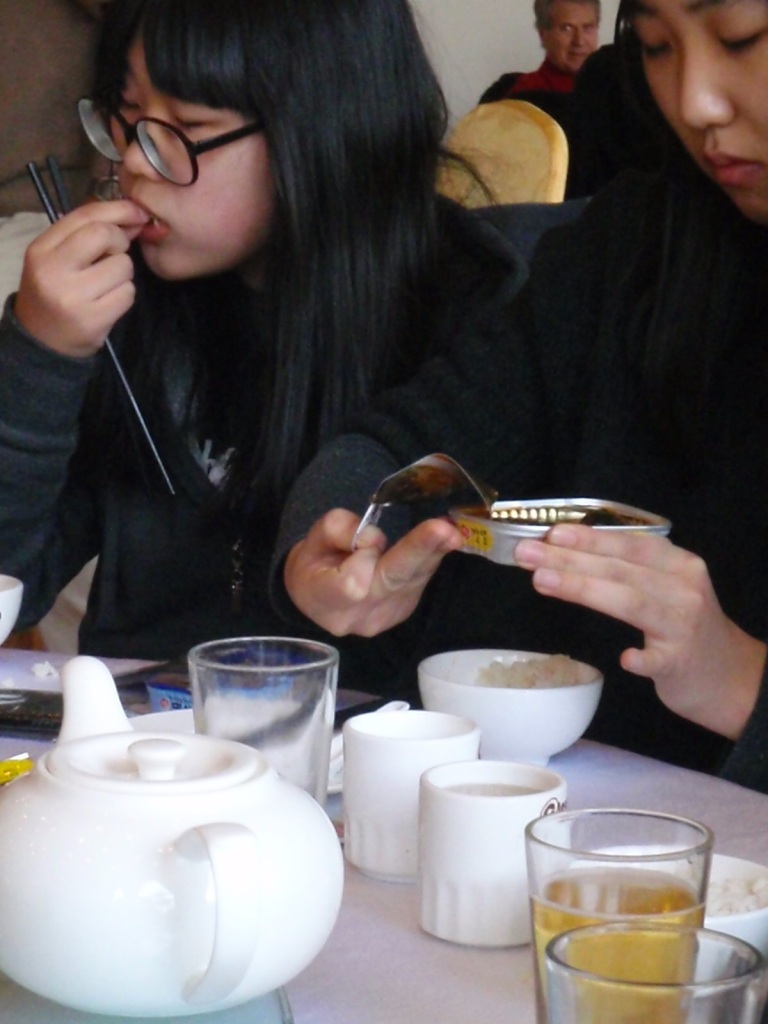 They had brought, all the way from Korea, their own instant noodles, seaweed, red sauce and kimchi and were not partaking in this barbarian Chinese slop!!! Ay… oh well more duck for us!

What a way to end four incredible days in a truly amazing part of the world. It was great to see the beauty of this land and its people and it also gave us a true feeling of reverence to the presence of China here and abroad, and the potential of China on a wider scale. Napoleon was wise when he said “Let her sleep, for when she wakes she will shake the world.”  How right he was.

It was sad to say goodbye to Beijing and when we arrived at the airport we were relieved that it was open, unlike other airports we had recently visited. 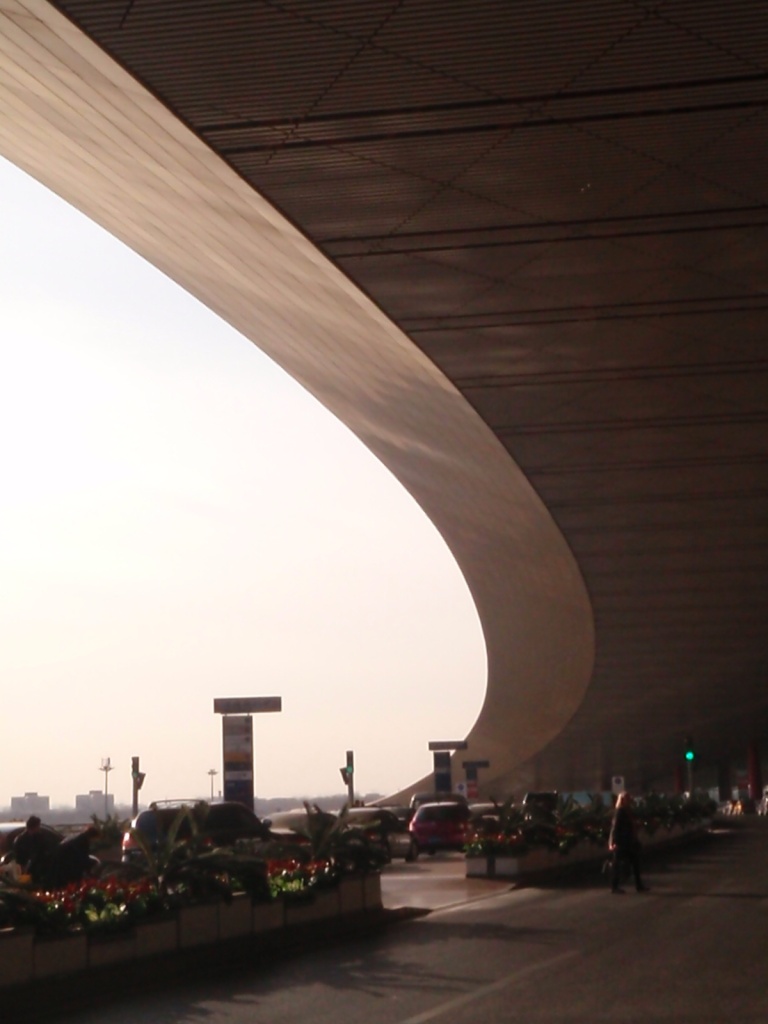 We arrived back to Busan late on that evening so we got a room in a nice hotel in Haeudae. Before we went home to wonderful Deoksin we went for a quick shop to find some ‘foreign’ food, which is something we can’t find in our parts.

What do you know, first shop we found….. 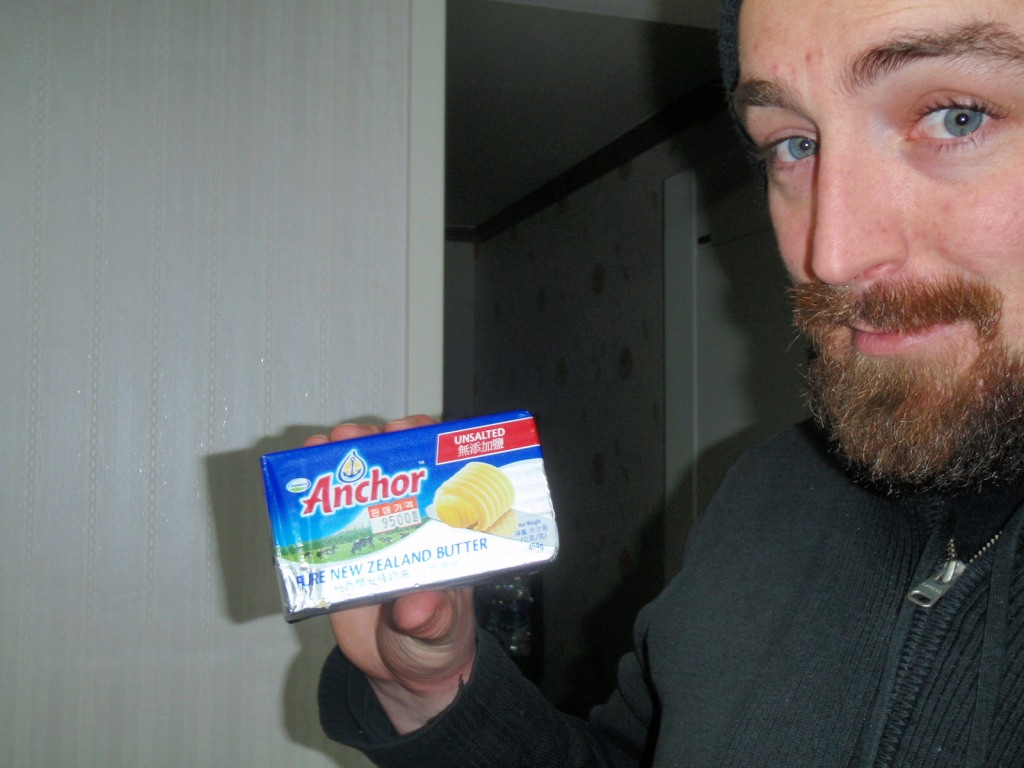 This was the end of our life of crime and the end of an awesome trip to China!!